Density and the city centre: what is it all about?

Is the search for density just nostalgia for a past city which is lost for ever? Or is it simply a way to contrast land consumption, and to repair the debt confronting land and nature? Is the condition of dispersal of contemporary European city an inevitable tragedy or can it also be the plot of a possible playful comedy like in Chekhov? Is the Cherry Orchard the recovery of the traditional quality of open space or the starting point for a new articulation of urban space?

Belgorod city centre is built on a bold urban structure. An urban grid made of large blocks. Even more, it is interesting the way in which open spaces specify the grid, supporting the blocks and offering a variety of situations. Our proposal deals with this generous complexity of the city structure, while maintaining the clarity of the block principle.

We propose to reinforce the block bringing this complexity at the inside. We propose to look at densification from a specific perspective: as the possibility to enhance complexity and the stratification of meanings in the space of the city, dealing with the articulation of small scale open space within the large city block which characterize the core of Belgorod. Little squares, courtyards, narrow pedestrian roads, terraces and patios define the grammar of an intimate urban interior.

A squared cherry orchard, at the centre, is at the meantime the inner beating hearth of the city block and an element which define the block identity within the larger urban structure. The cherry orchard express a specific scale and measure of the open space, in between the city structure as a whole and the block as a unit. 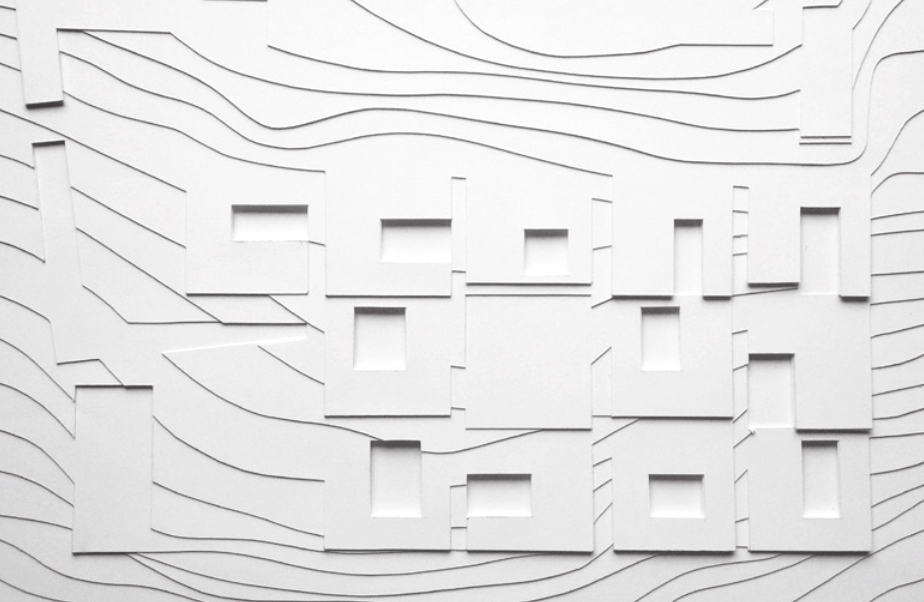 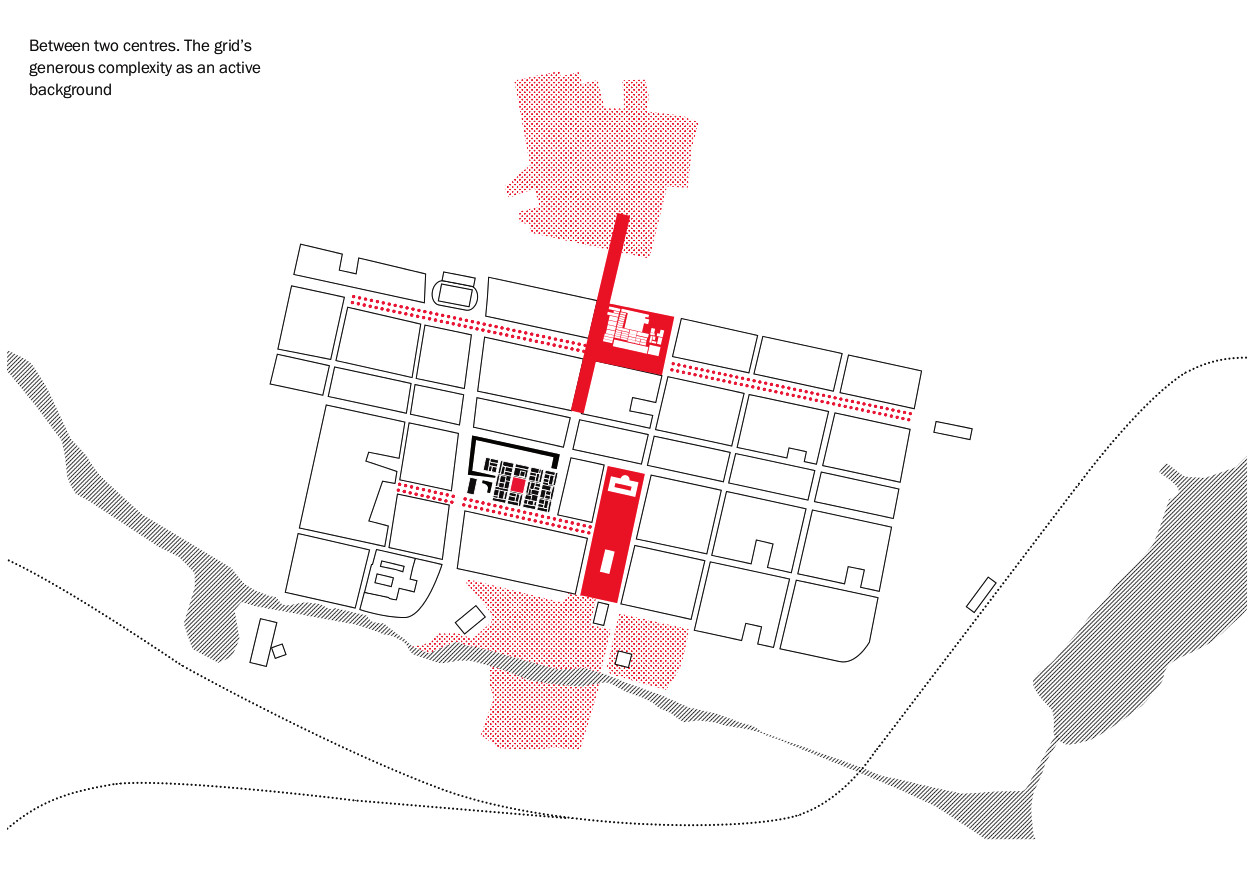 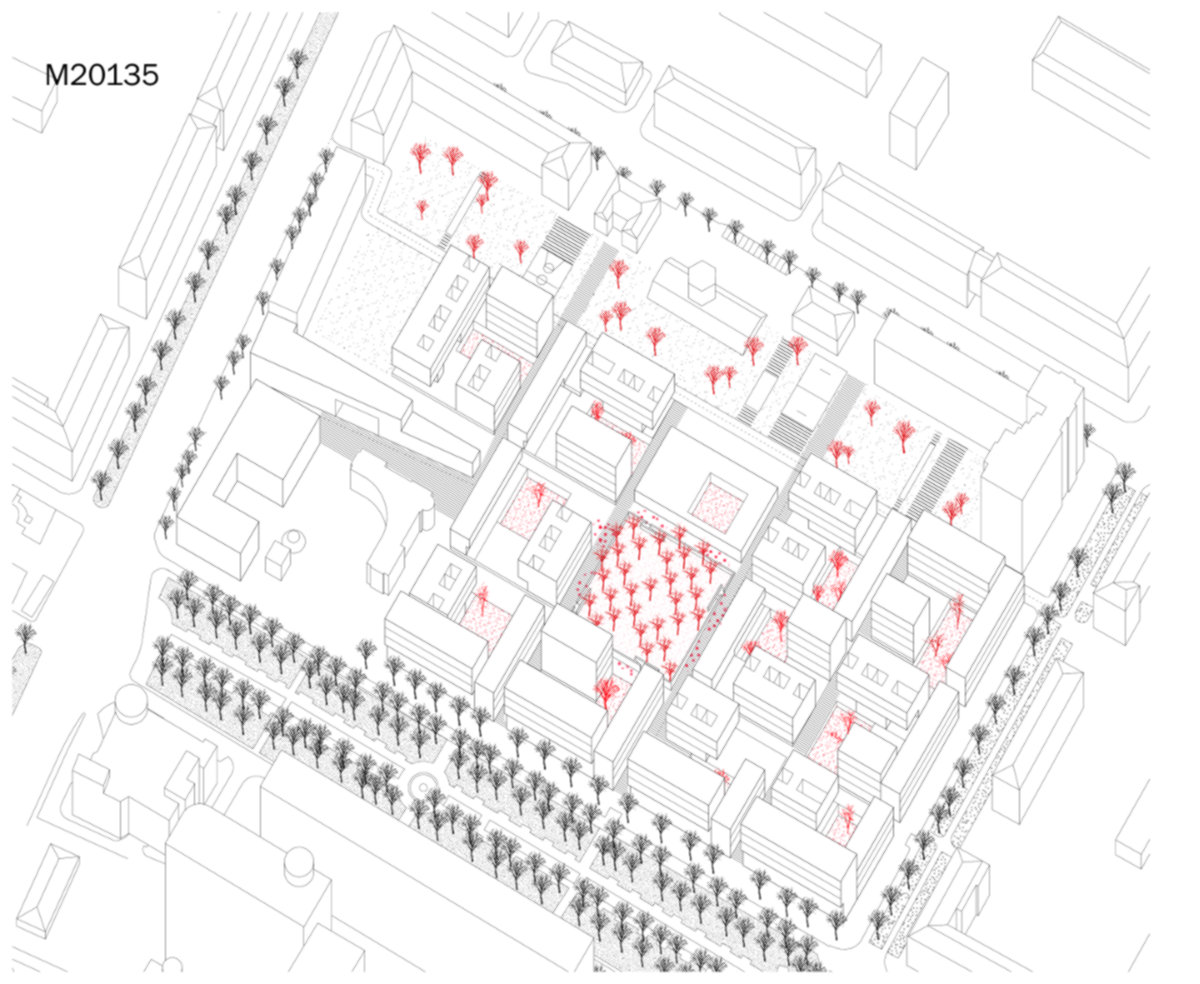 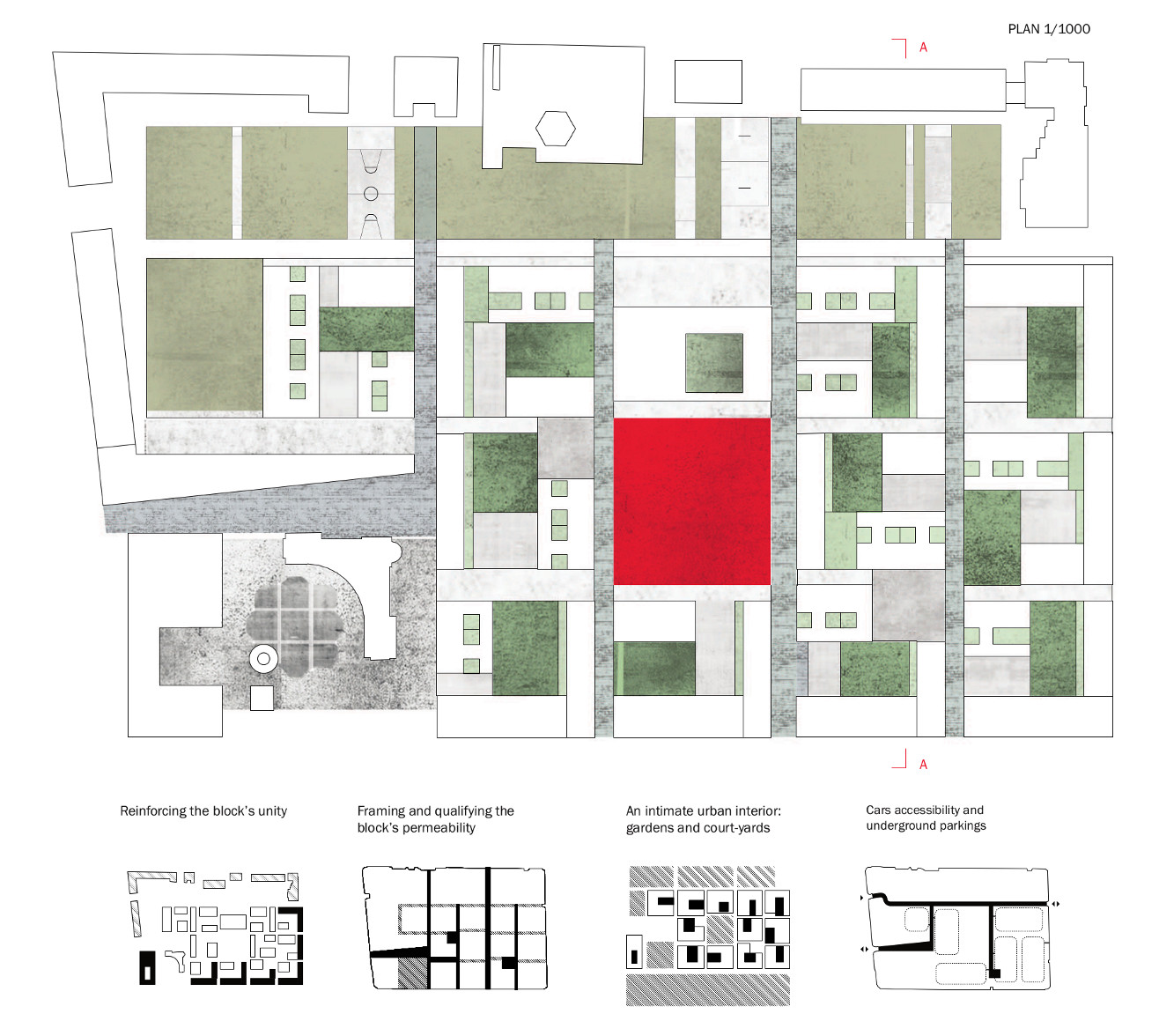 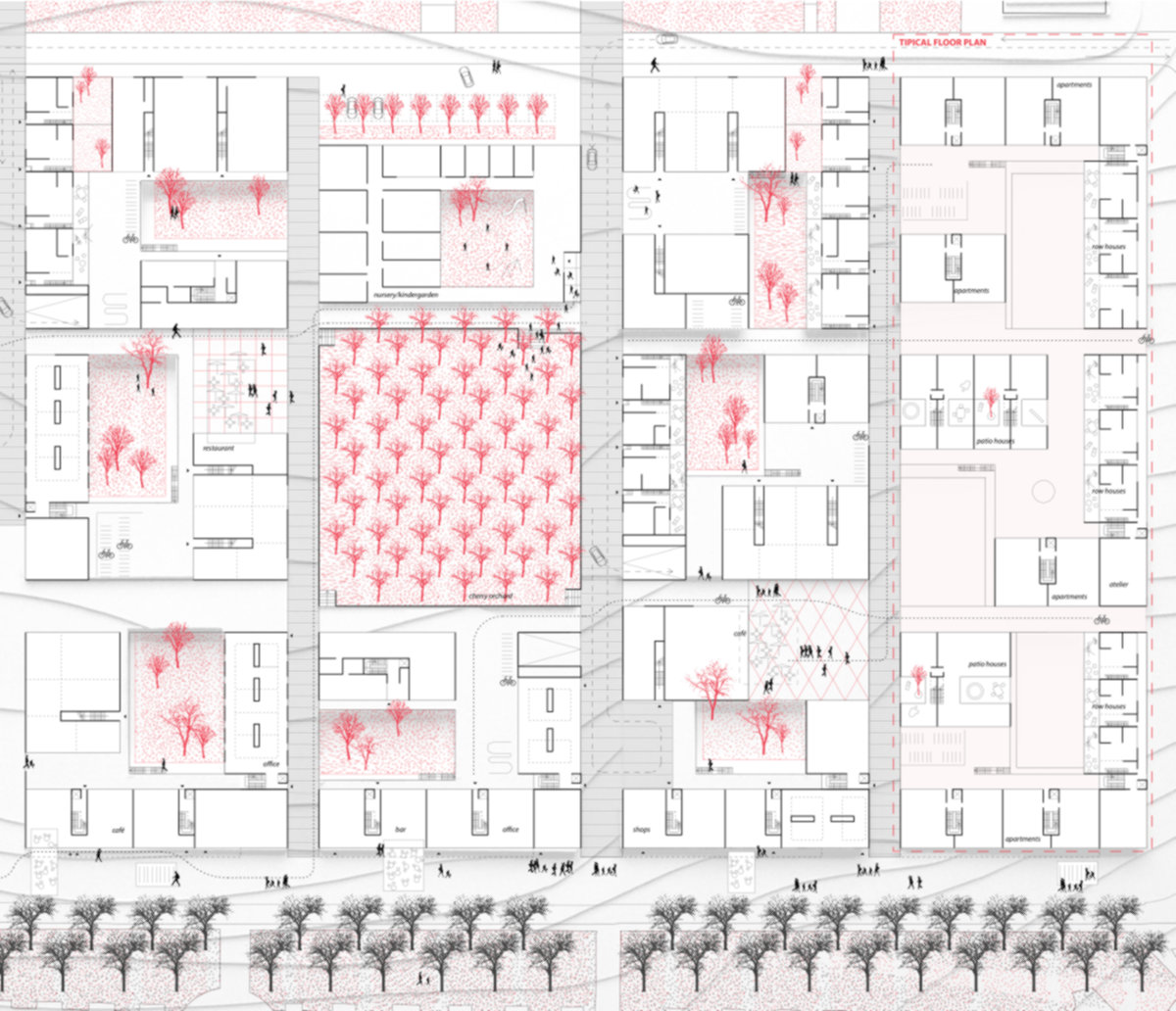 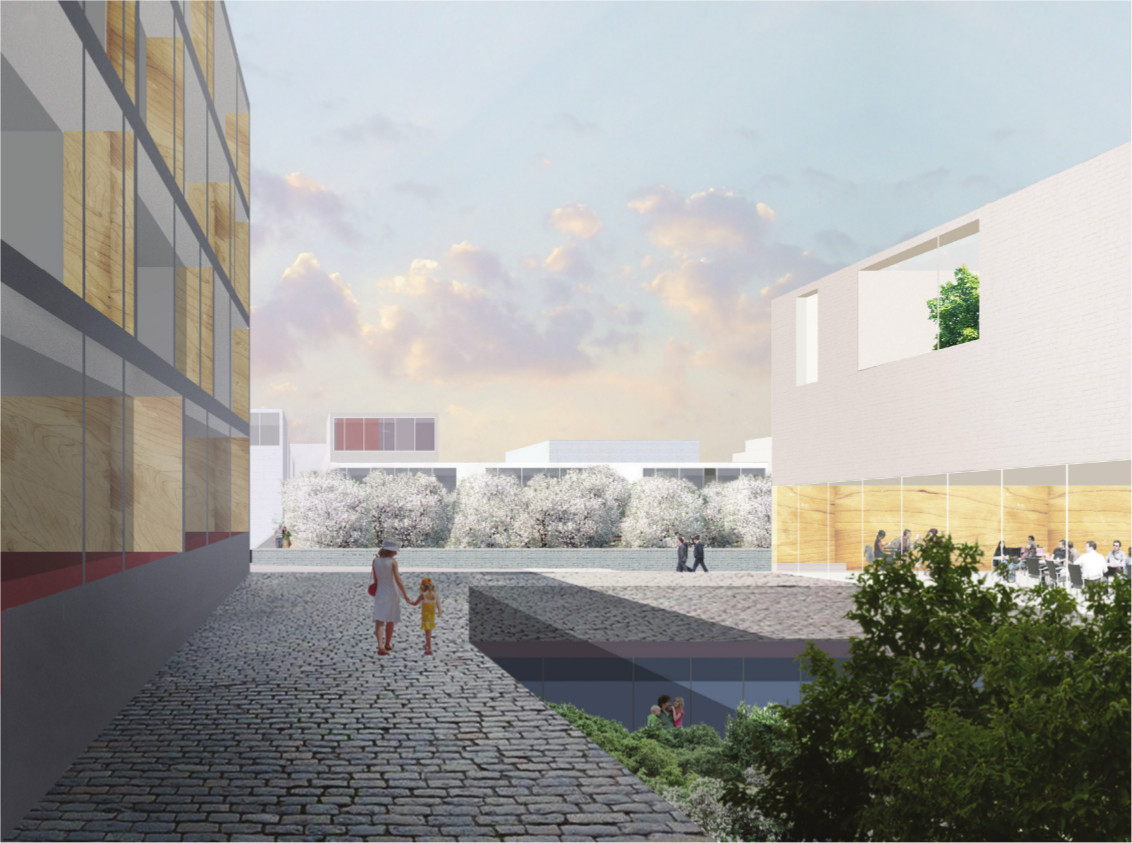 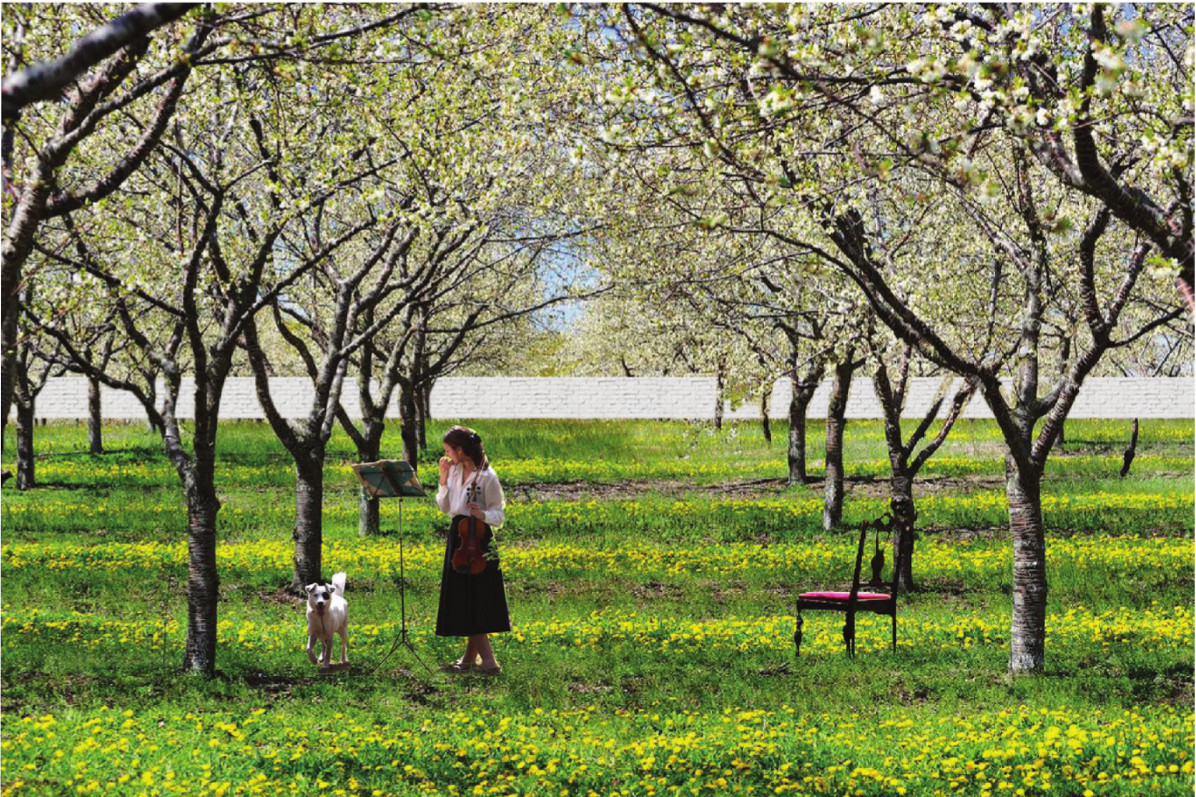 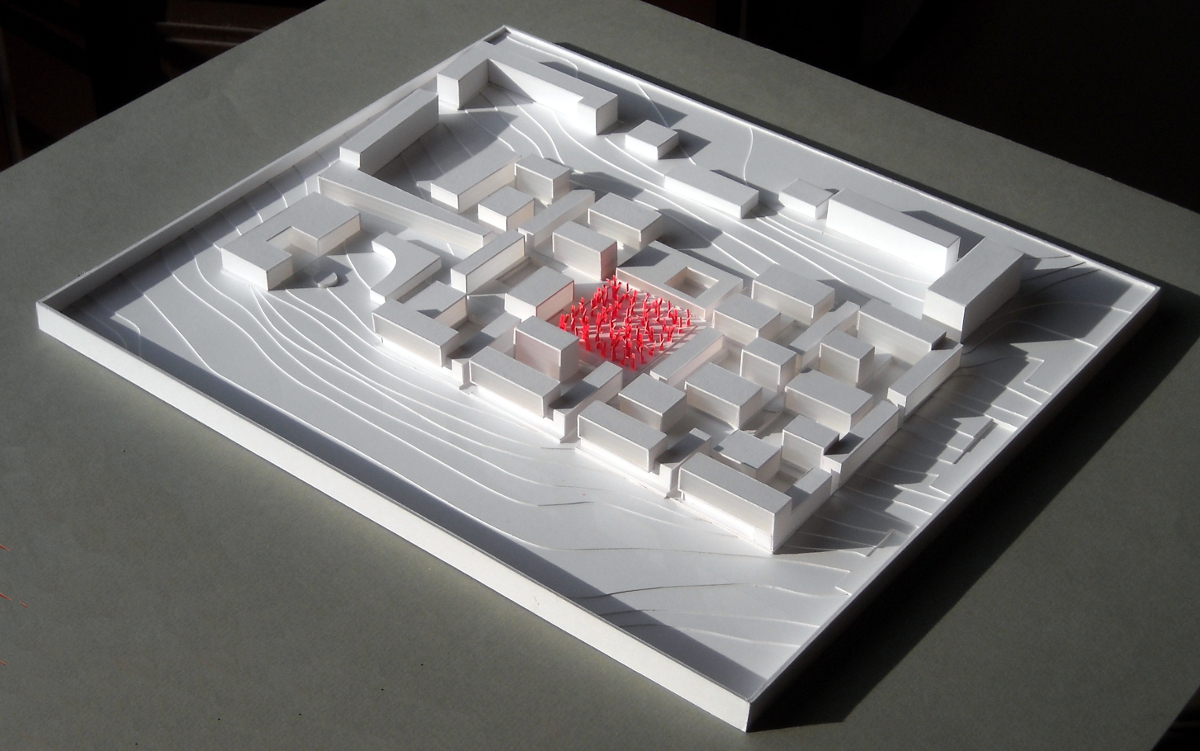 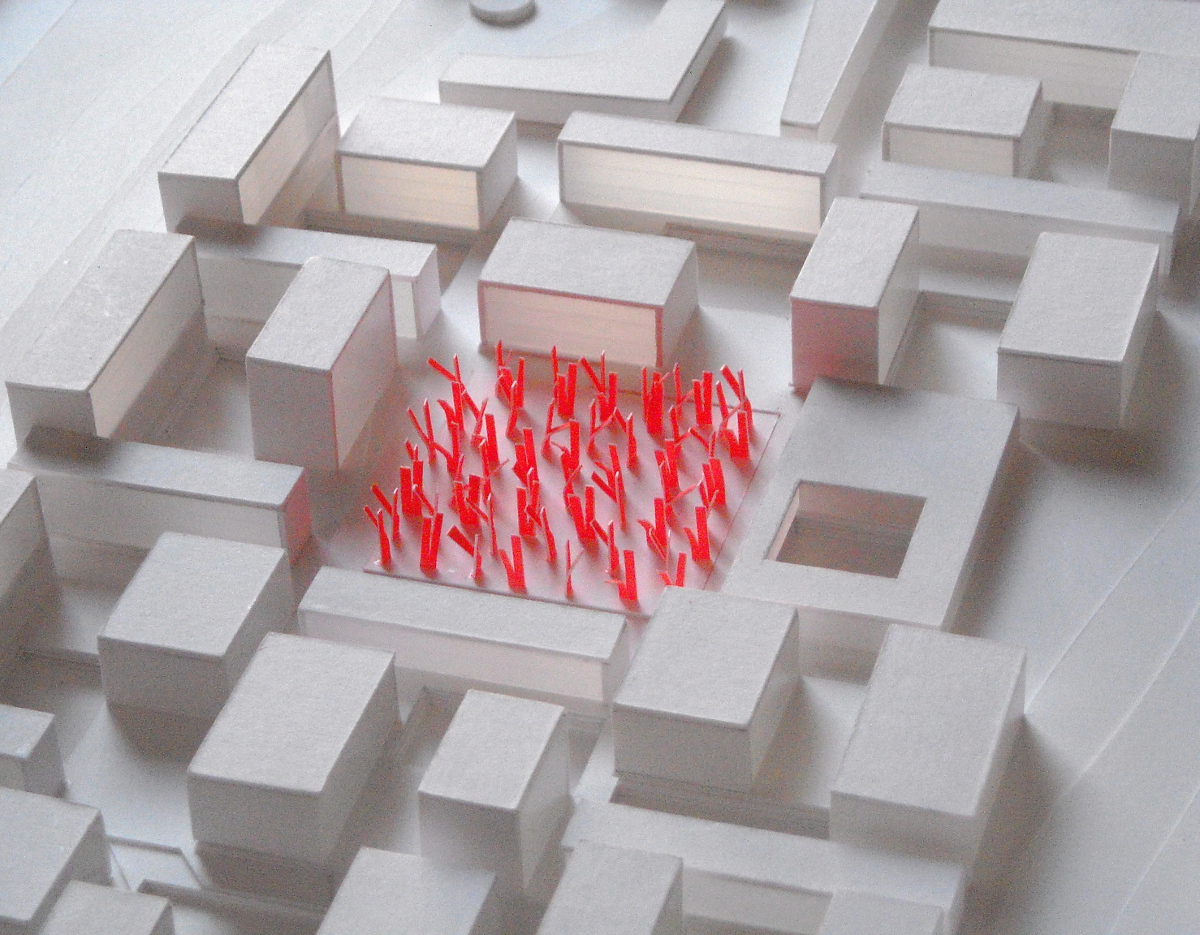