At the edge of Fribourg ancient city centre, close to the railway station, the site is divided in two parts by the railway tracks, severing the compact fabric of the ancient centre – on the lower level –from the more recent and morphologically different neighbourhoods on the upper level. The site complex situation, and the presence of the ancient Tour-Henri and the Hôpital des Bourgeois suggest a reflection dealing with two main issue: on one side the need to weave new

links restructuring the diverse urban fabrics surrounding the site, on the opposite the opportunity of letting places of “exception” to emerge within the space of the city. The project is based on a strong network of public spaces linking the two parts of the site, while creating a new urban structure for mixed use programs: the extension of the local University, offices, housing, and shopping.

The network is centred on a major urban public space the “campo” serving as the main University open space while acting as an urban piazza for this part of the city. The process implementing the project has been developed, through two different competitions, respectively for the university extension and for a housing intervention on the site belonging to Swiss Post. 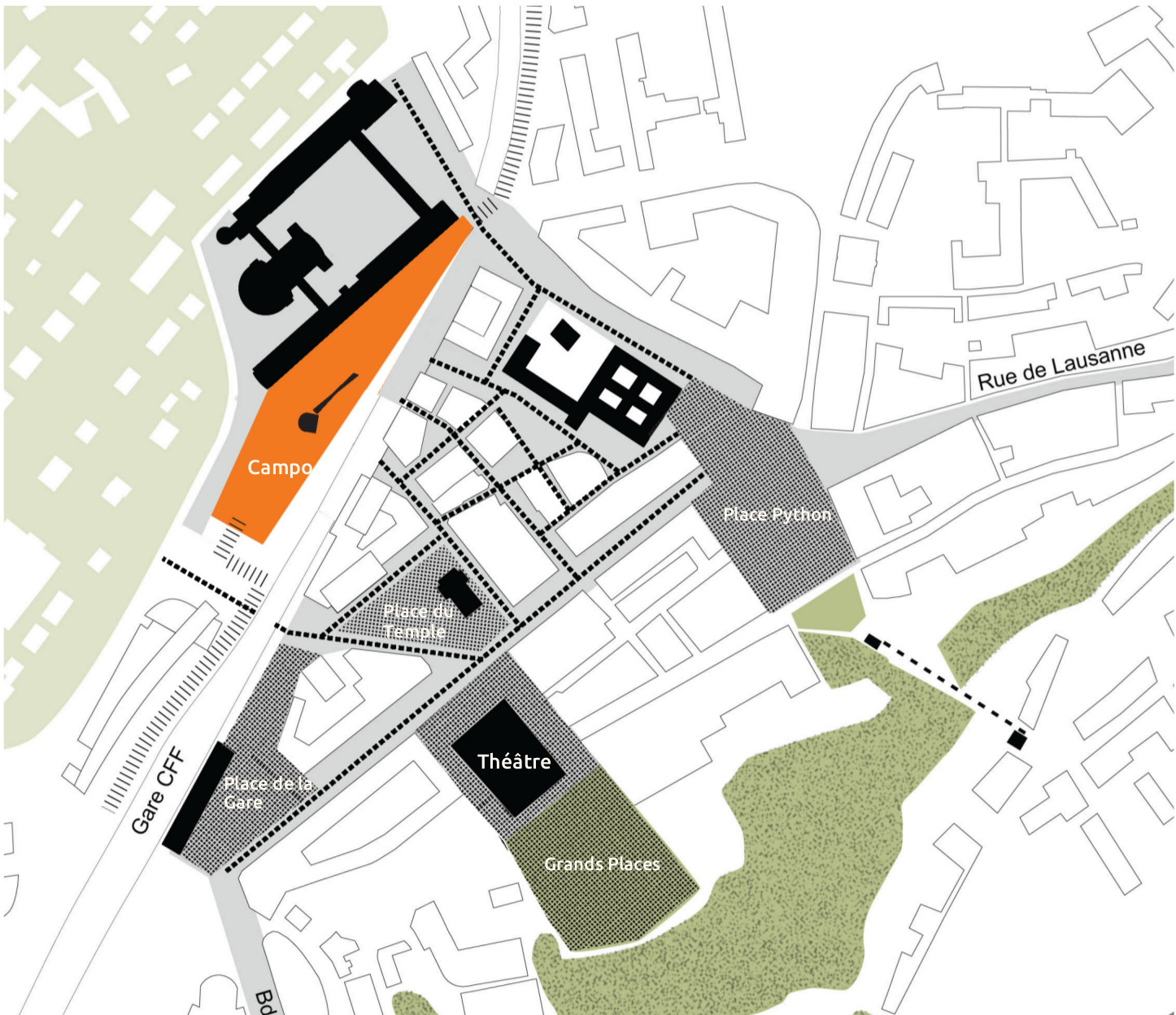 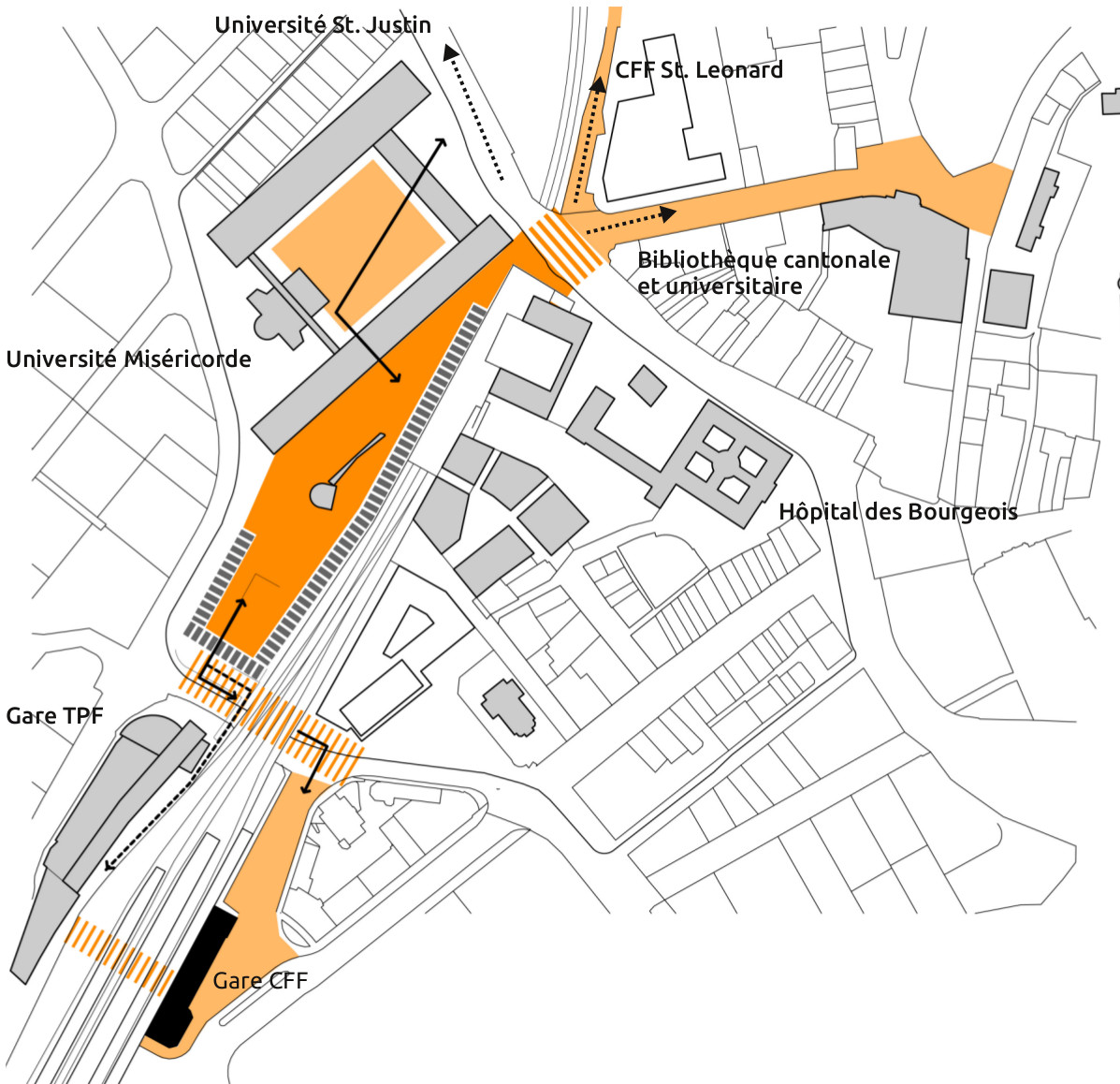 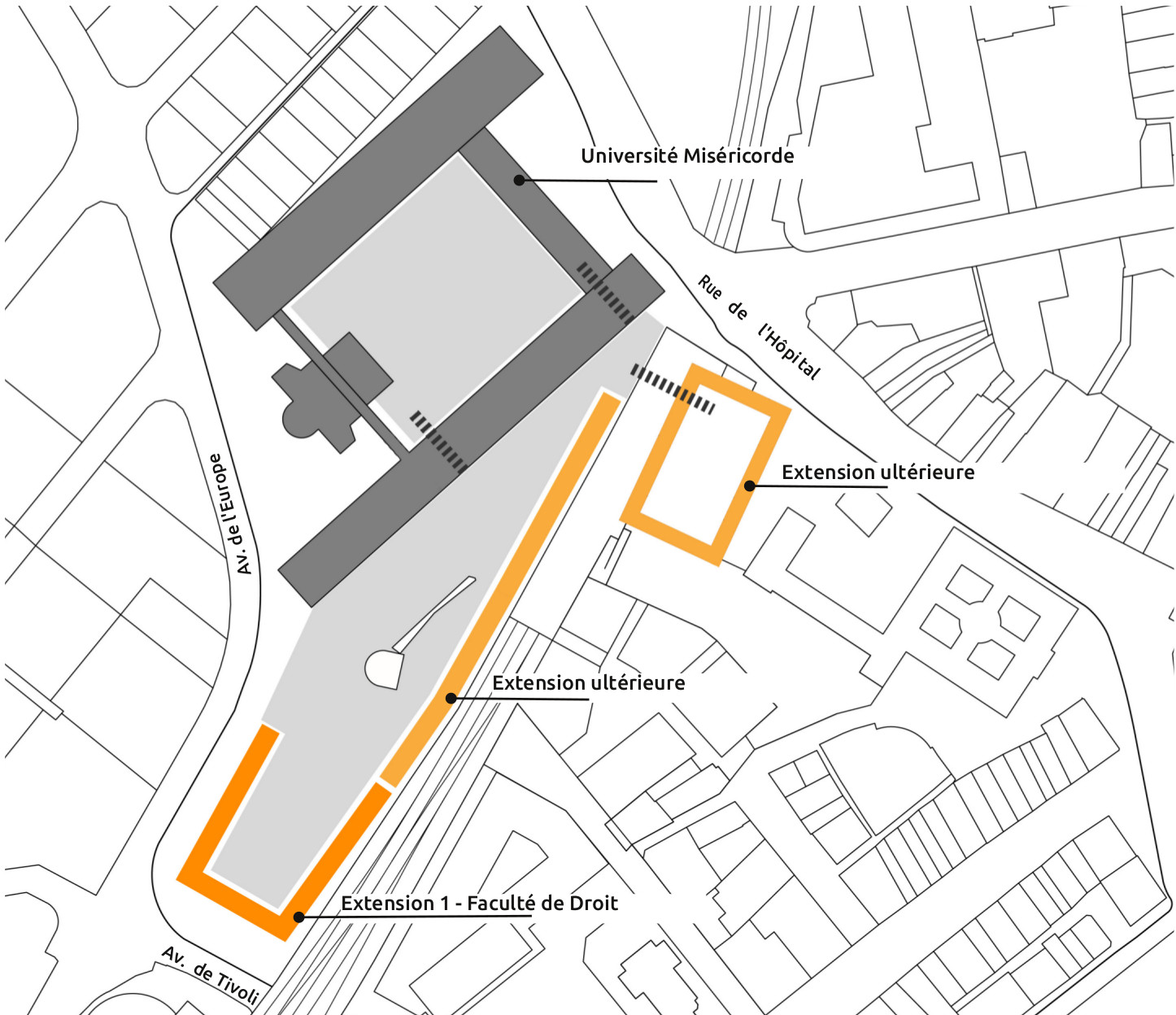 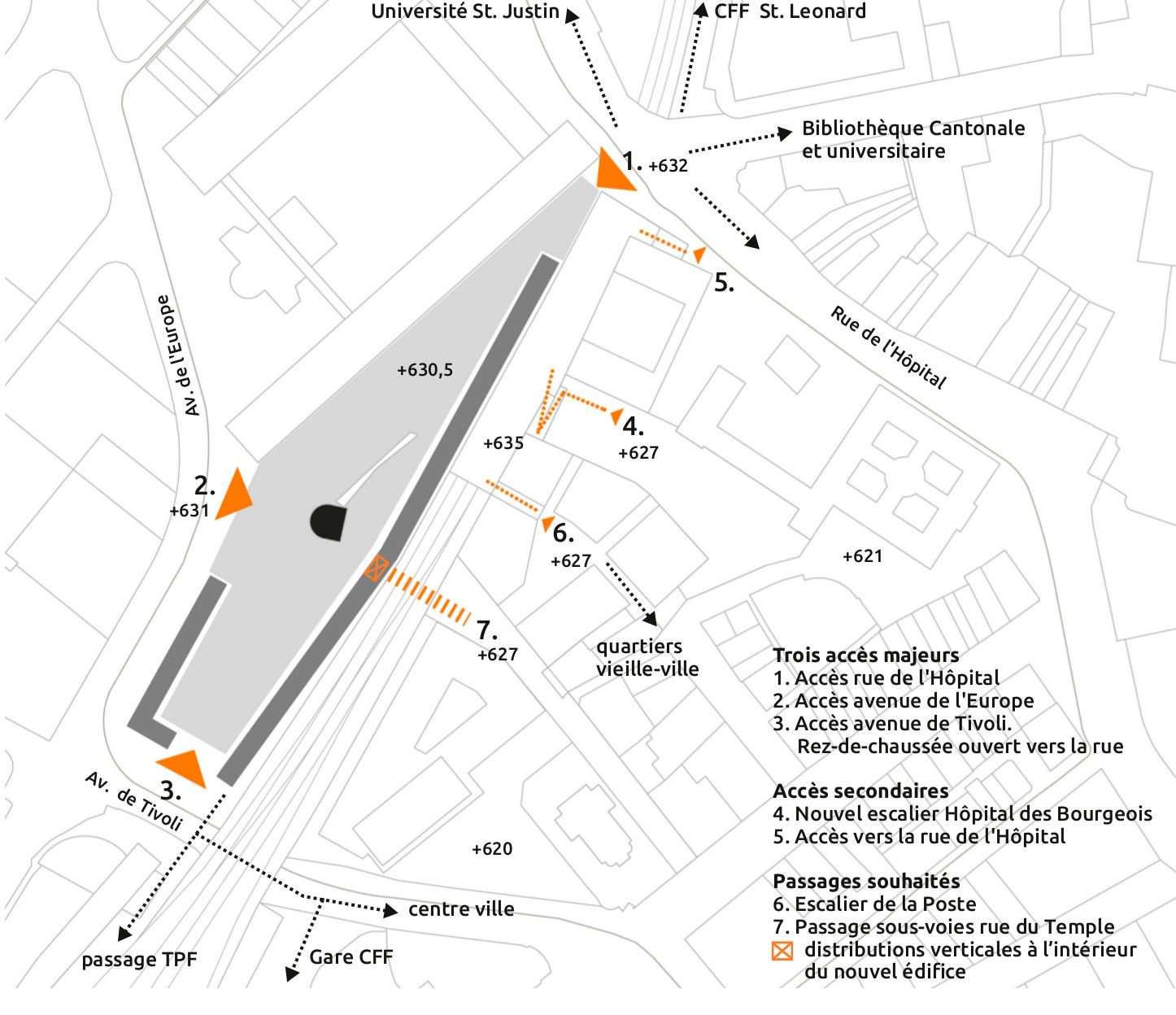 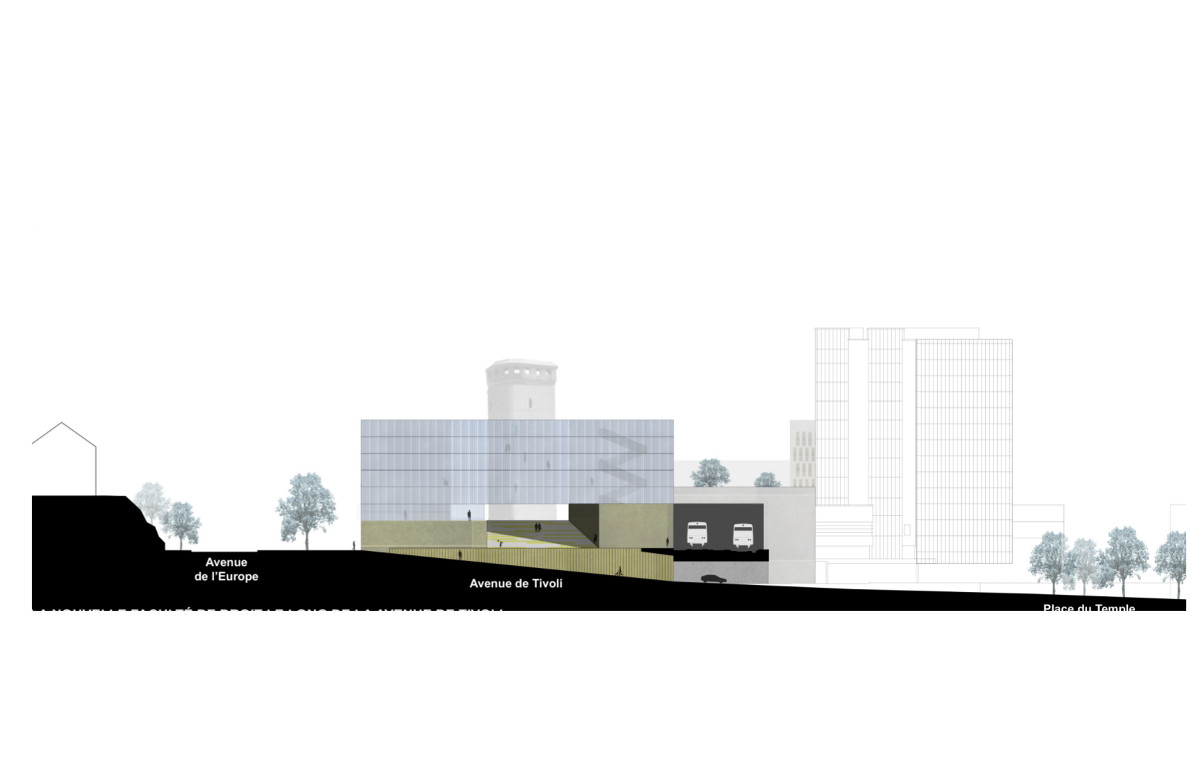 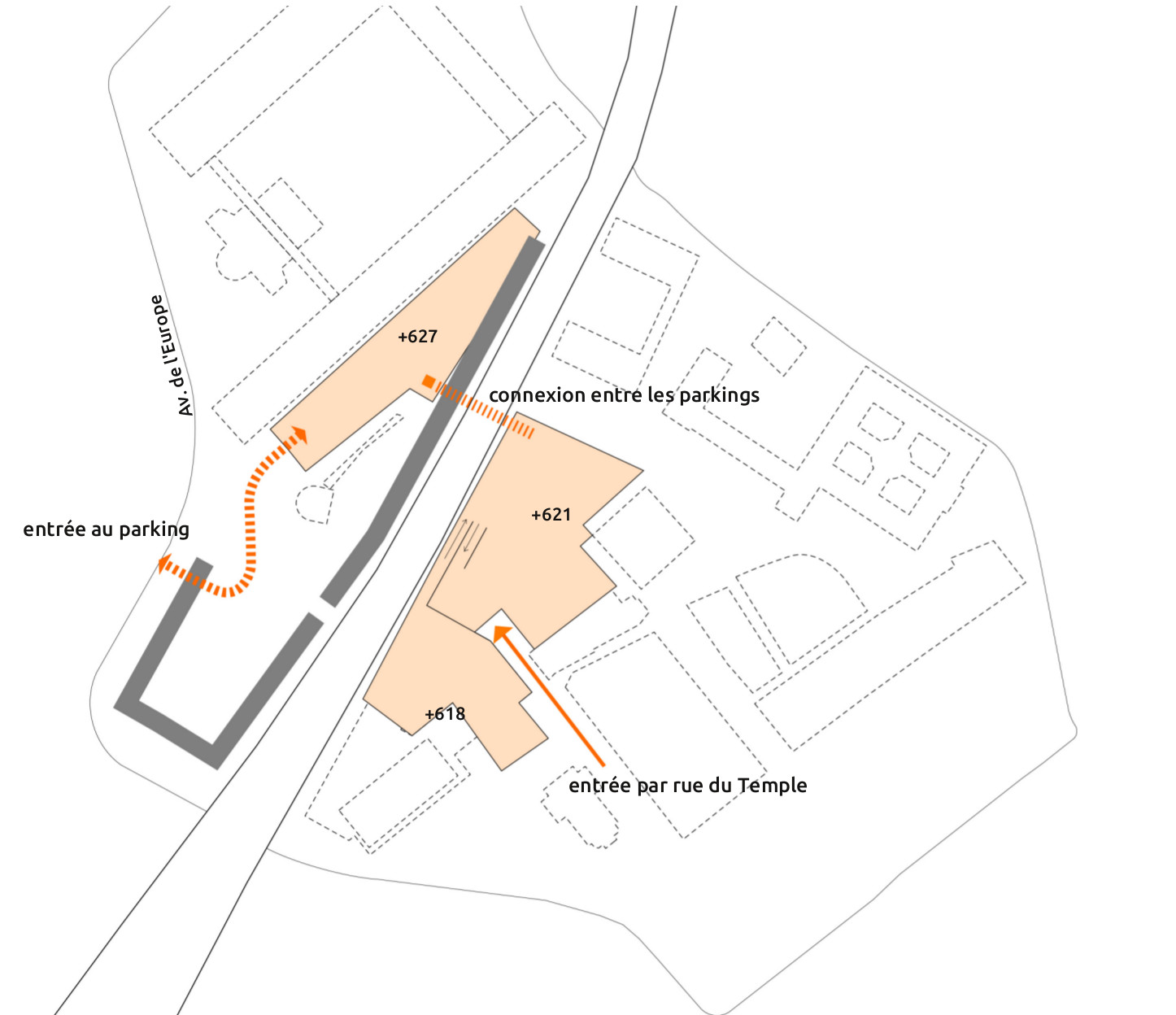