The site of Ambilly occupies a strategic position in Genéve agglomeration, between the central city and the large agricultural land.

The planned densification of the site is the opportunity to redefine the edge of the city and to reflect on the transition between the city and the landscape.

Contrasting both urban “sprawl” and the tendency to recover the traditional urban typologies of the dense city, we proposed a different model of urbanity where landscape plays an active role in structuring the form of the settlement

A great emphasis is, thus, put on the open space structure which creates a complex environment allowing the stratification of uses, articulating the relations between private and public, and incorporating diversity. 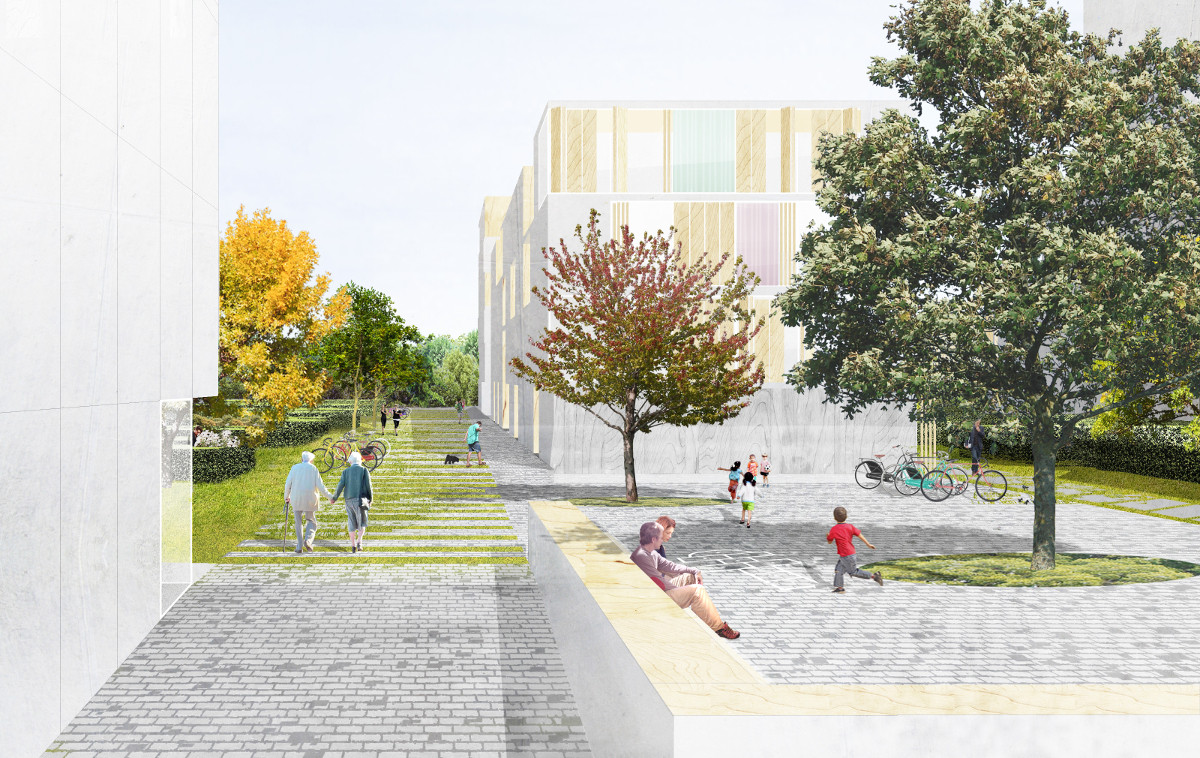 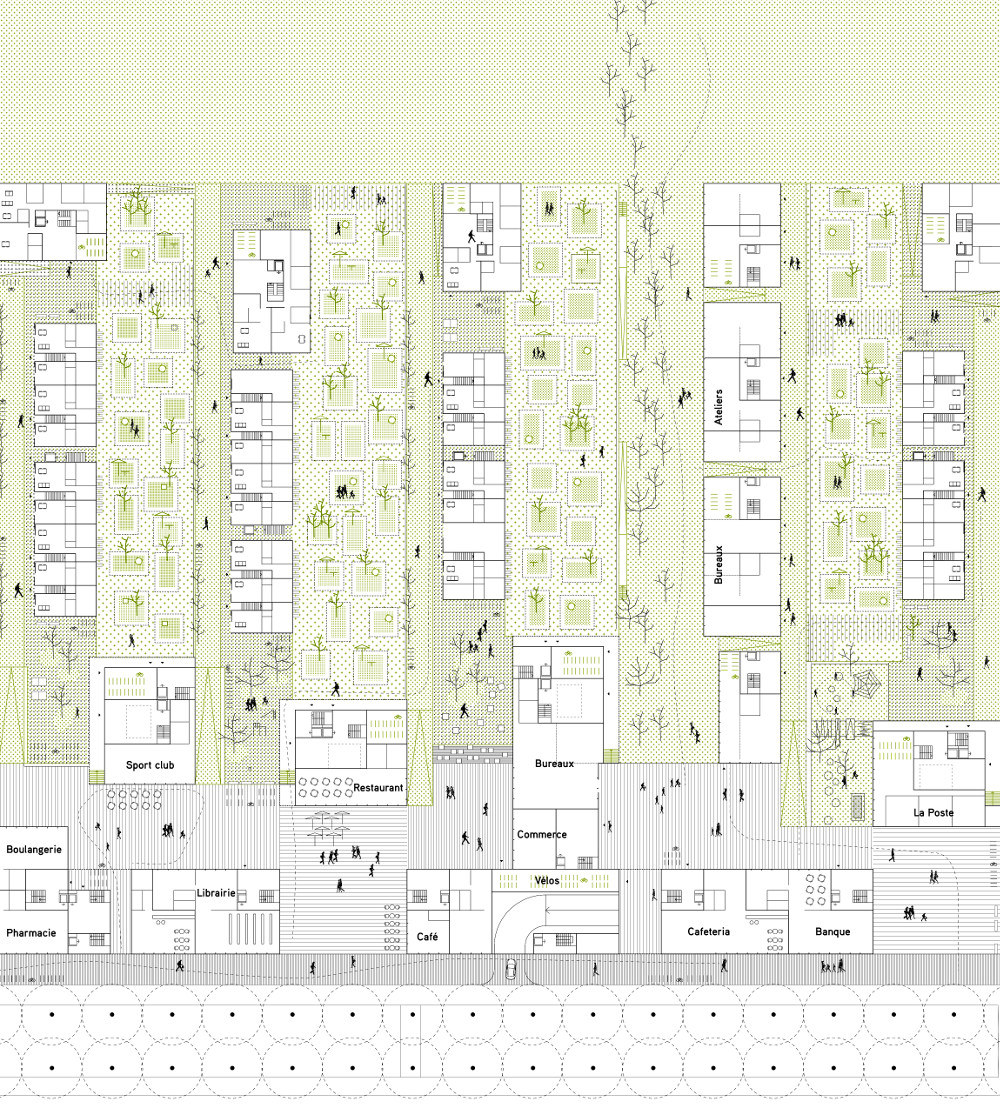 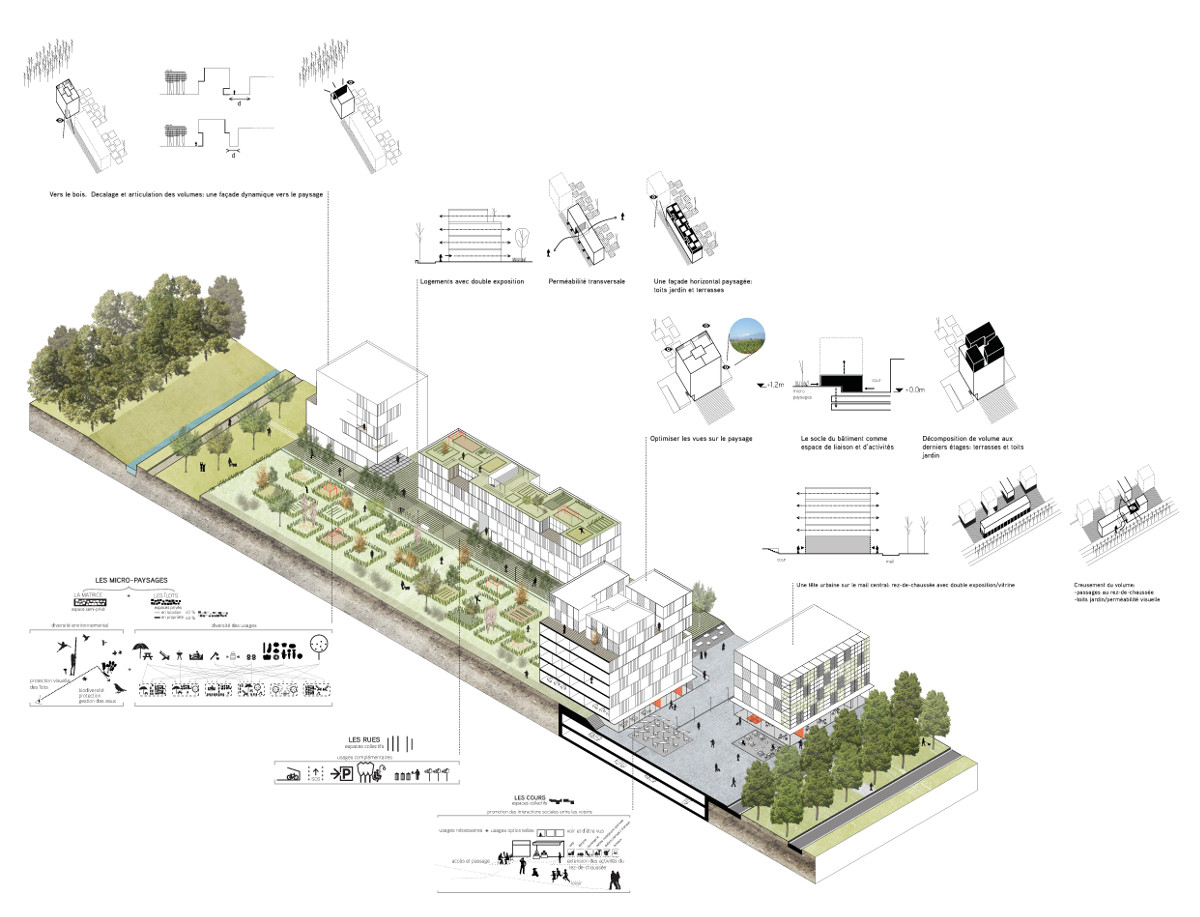 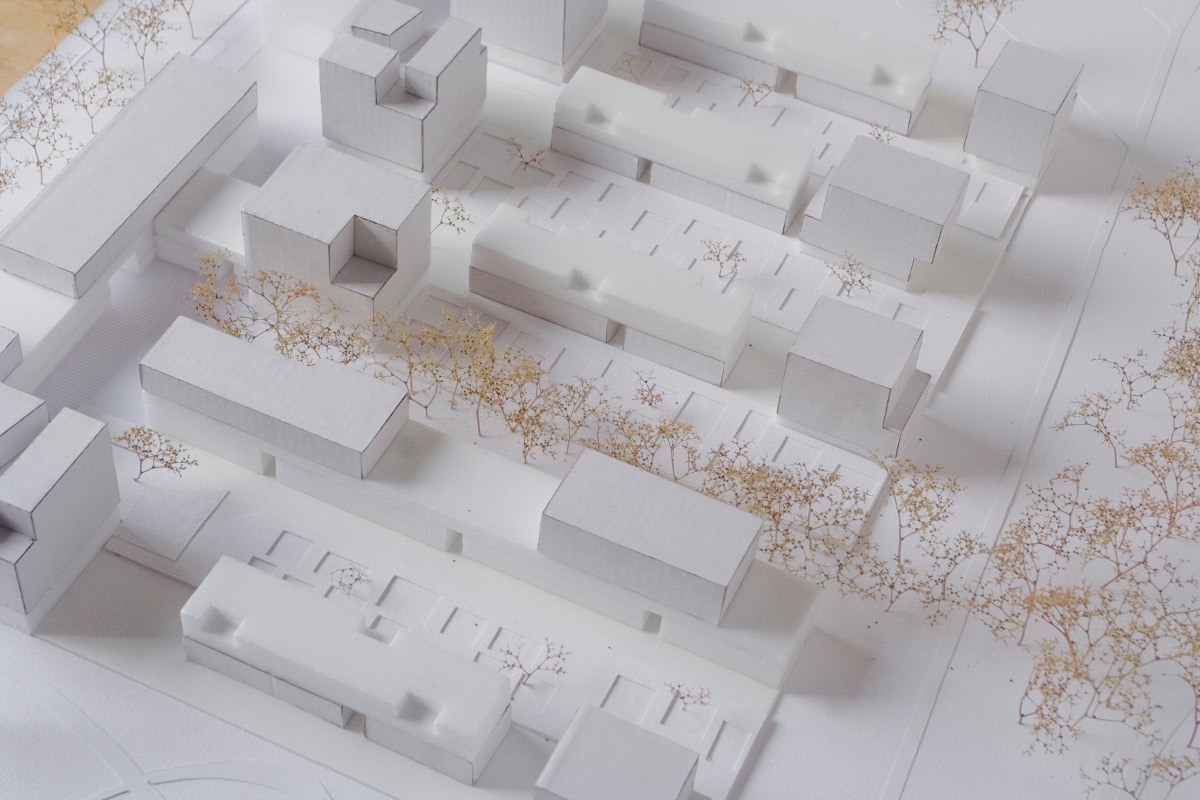 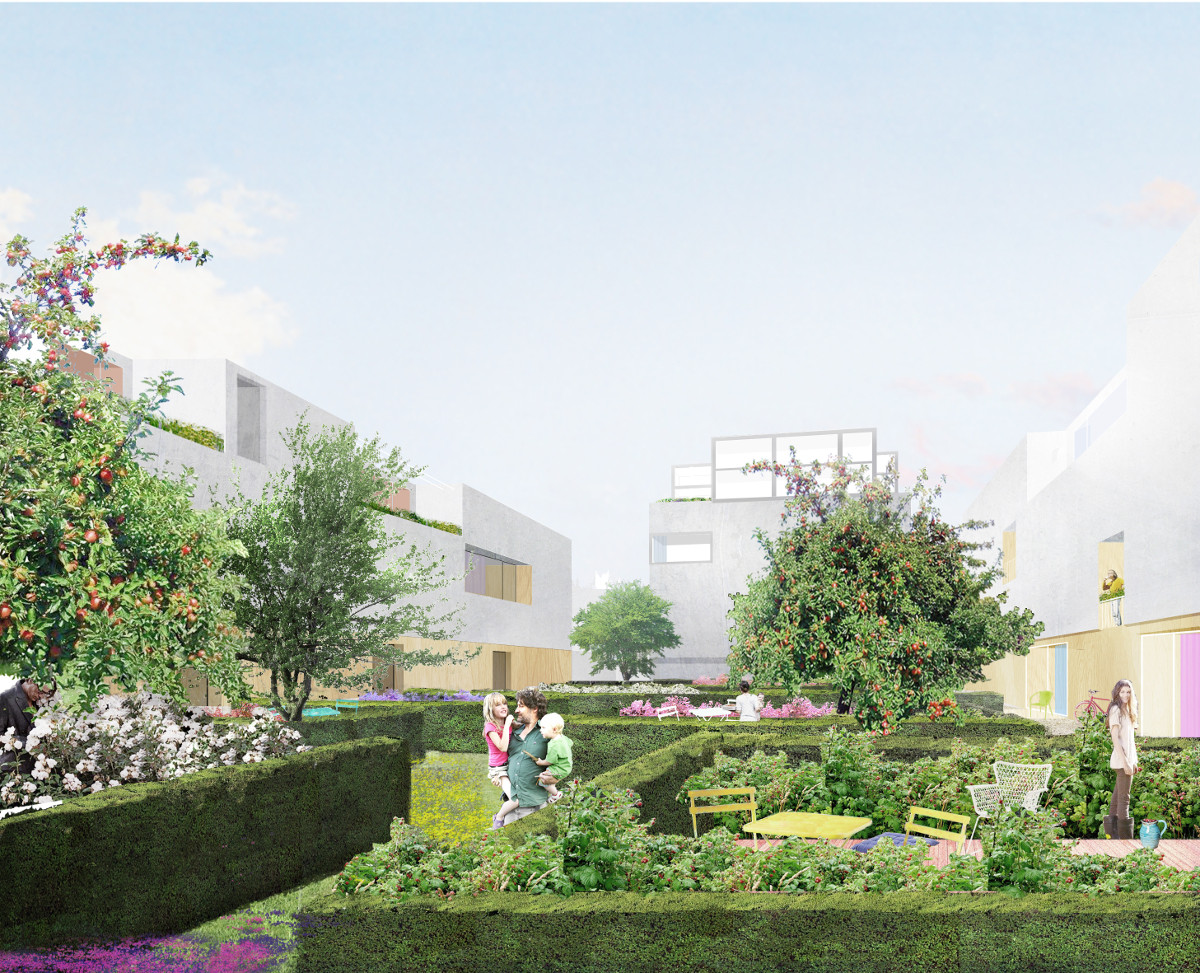 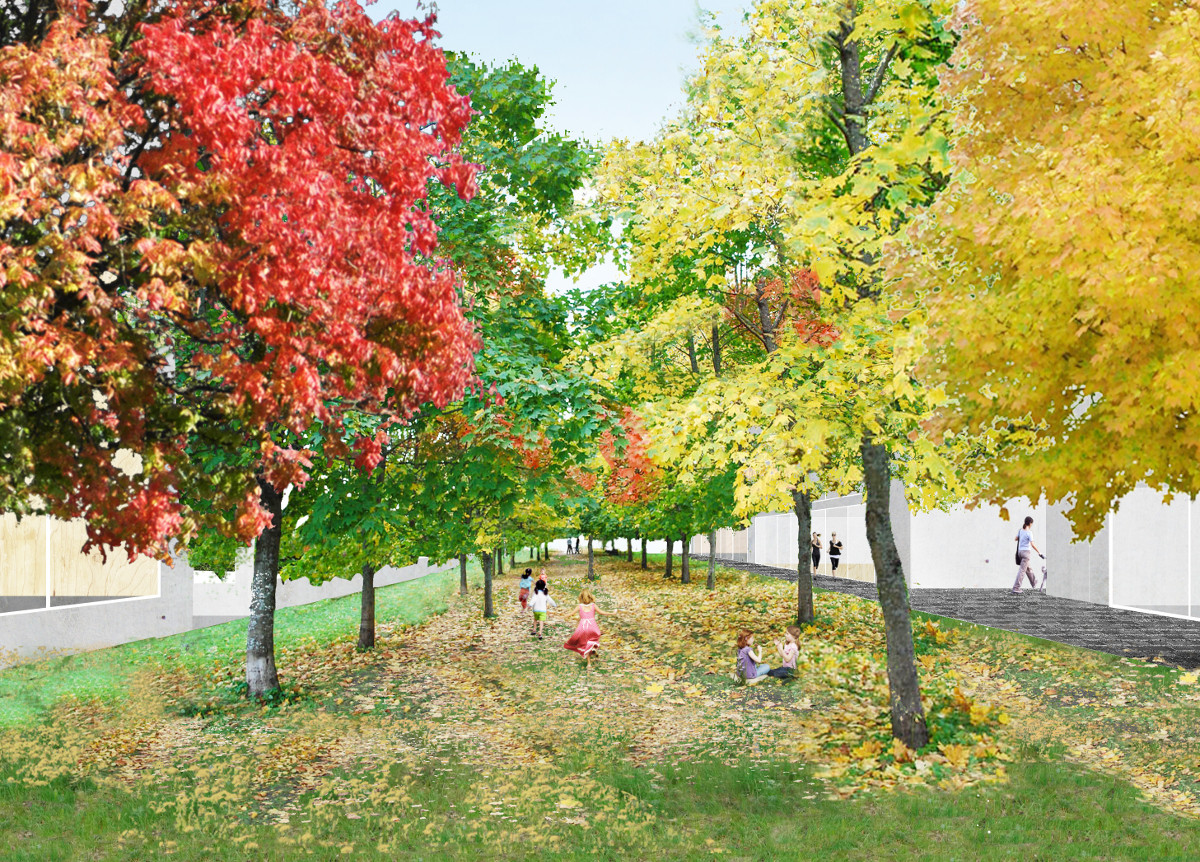 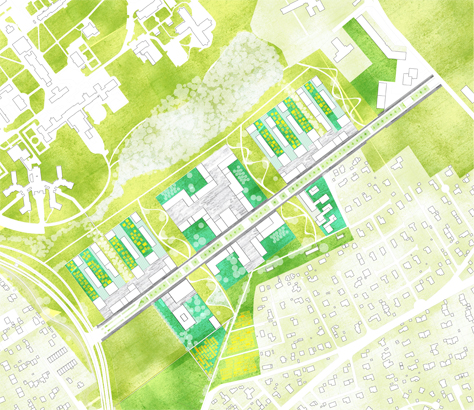