The project enunciates a spatial concept that orients the construction process of the town in time according to a recognisable urban form capable of dealing with a multitude of programs. The spatial structure of the new city is based on the comparison of two main territorial elements: the orography of the grounds and an ordered land grid that continues the reticulation of Mercator. The city is to be built on the hills. In contact with the sinuous development of the high grounds, the uniform grid will highlight the terrain variations as a distinct quality of the urban space. The continuous inversion of the relationships between built and void, between built space and open space constitutes the genetic code of the urban space and allows for the organisation of a complex program and the experimental development of a sustainable contemporary form of compact city in which variation and difference are encountered with a recognisable overall structure. The gradual construction of different parts of the city and multiple components of the program will express their identity and, at the same time, their belonging to an overall design that inserts itself within the structure of the natural landscape. 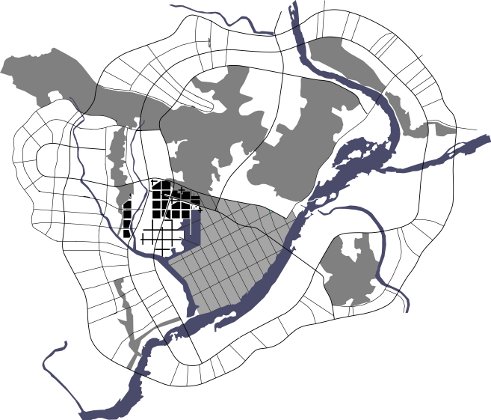 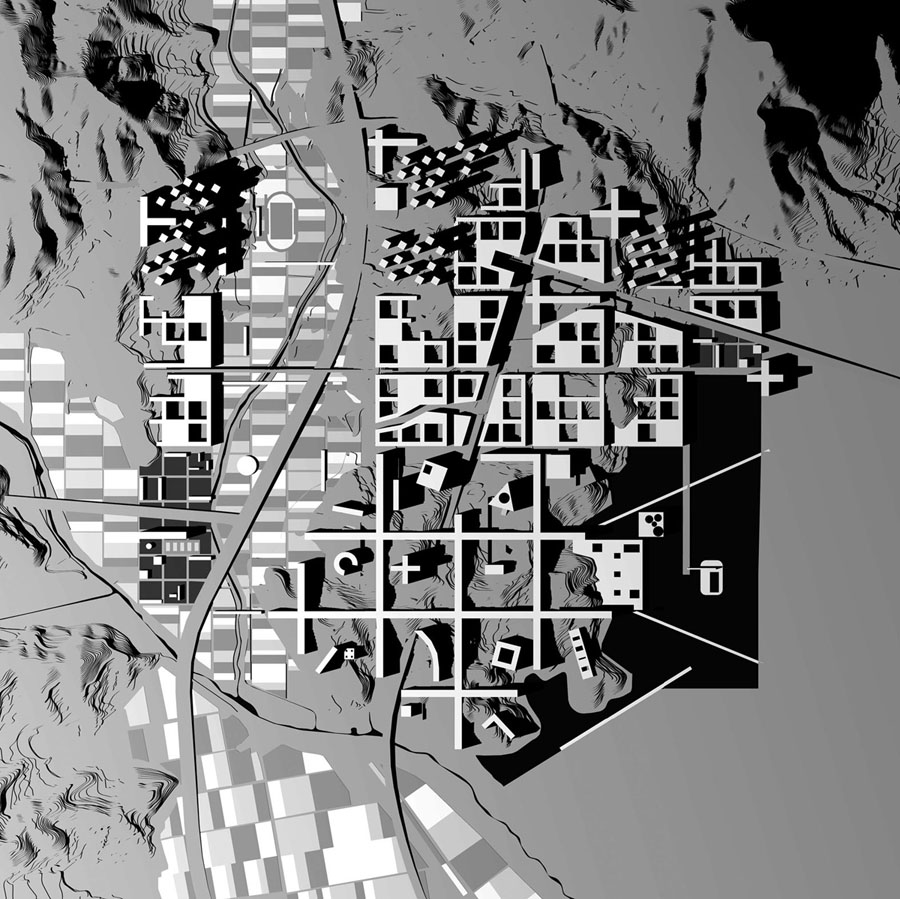 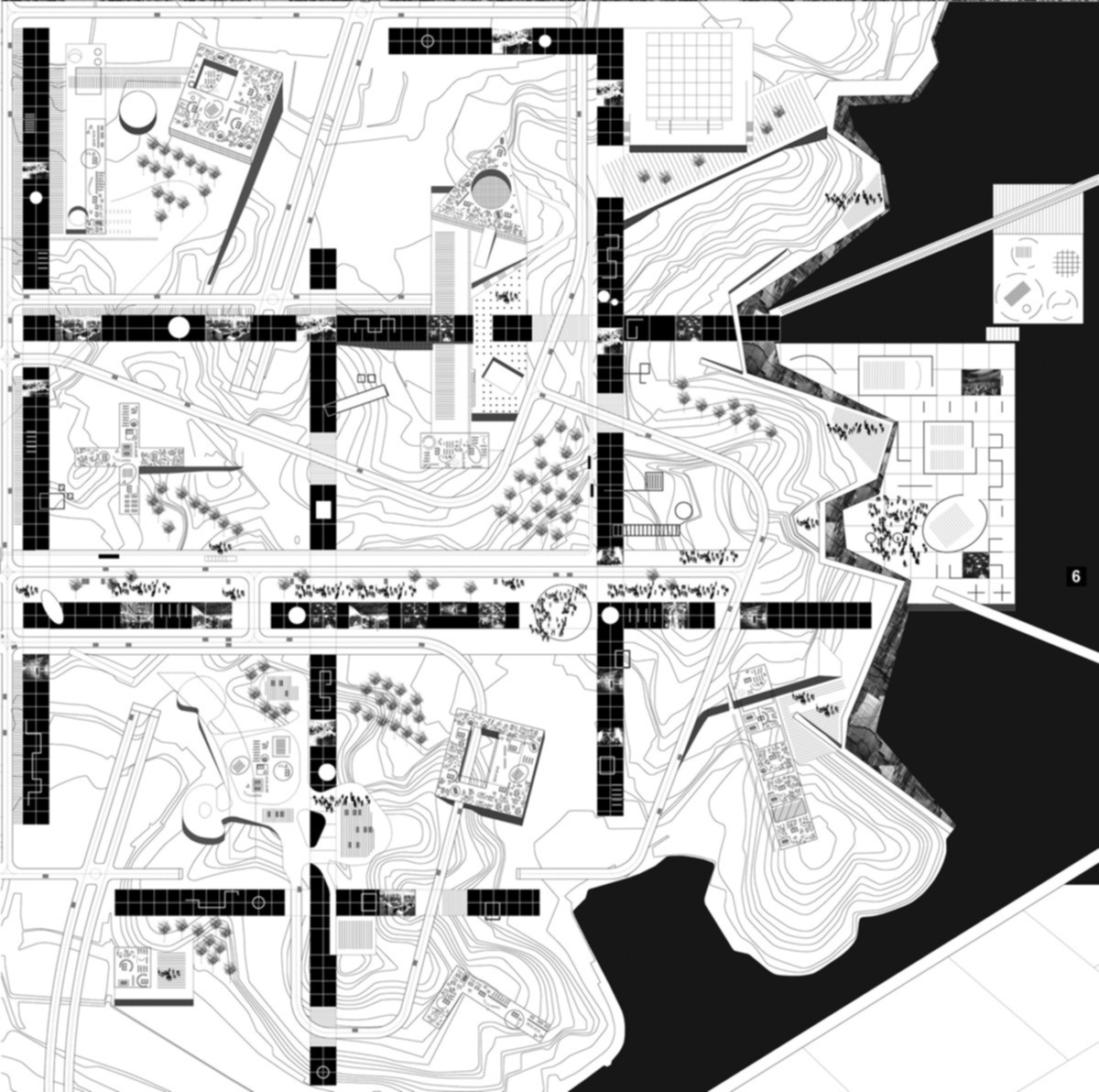 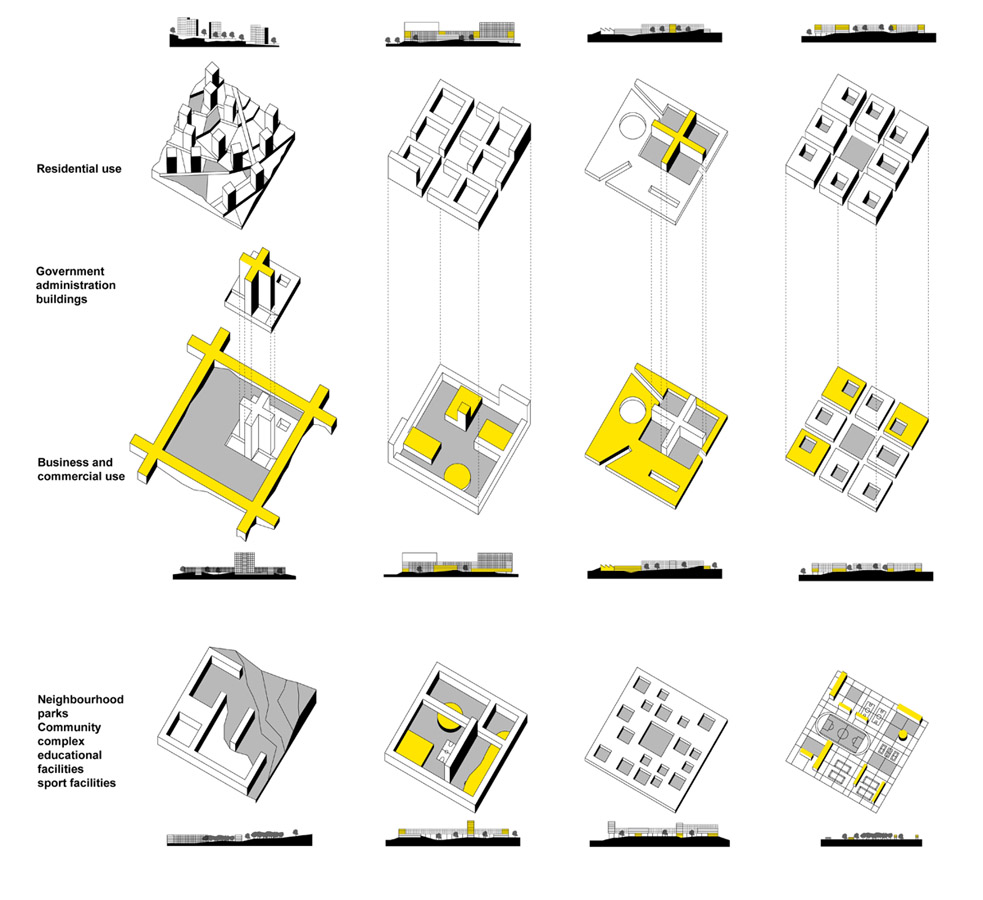 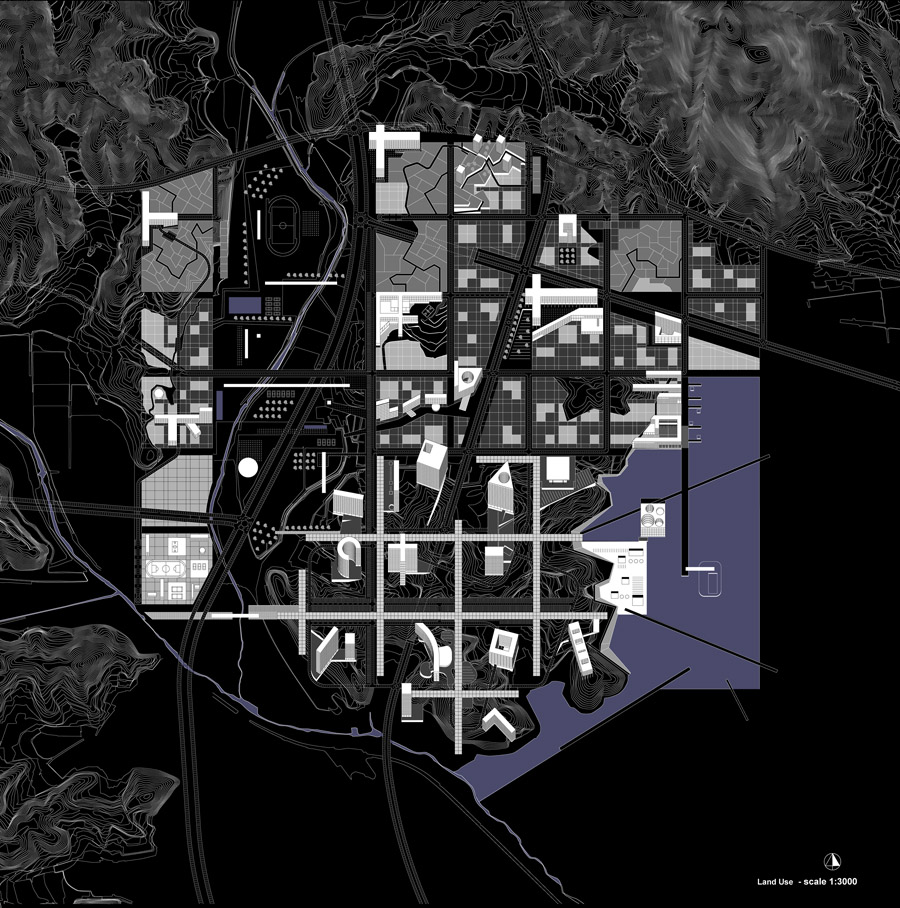 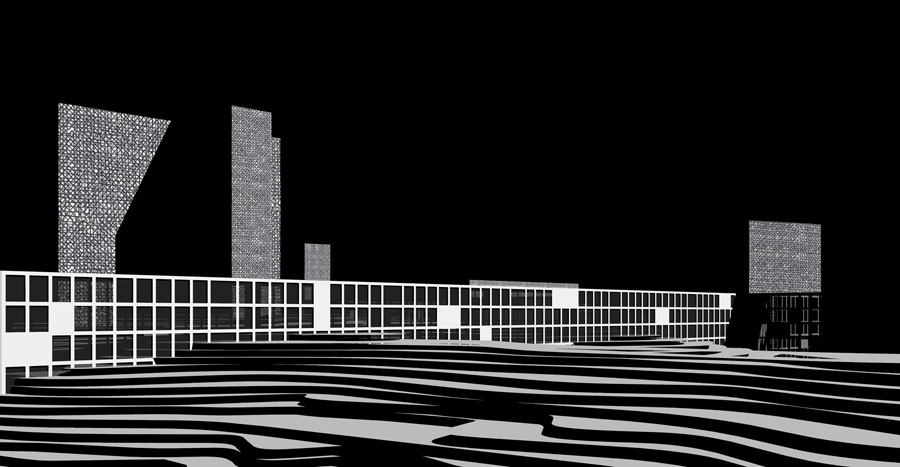 PARTNERSHIP SMARTINSKA
THROUGH THE LOOKING GLASS