A new housing settlement and the extension of the sports park are foreseen in a green site close to Fribourg city centre. The project strategy suggest to build along the highway while leaving a large open space in the middle of the area. A new park, moulded by topography, will be strategic in organizing relationships between the new neighbourhood and the existing ones. The park aims to preserve the atmosphere of pre-existing rural environment – an urban farm is involved in the project- and provides new facilities for the inhabitants : meeting places, playgrounds, orchards, kitchen-gardens. The new housing scheme is conceived as a sequence of massive blocks carved by a natural water body and cut by mineral spaces providing the necessary interface between cars and pedestrians. The new outdoor sport installations are grouped in “rooms” defined by topography so that they appear as plunged into the green as an integral part of the new park. The office was later commissioned for the detailed masterplan of the sports park, completed in October 2014. 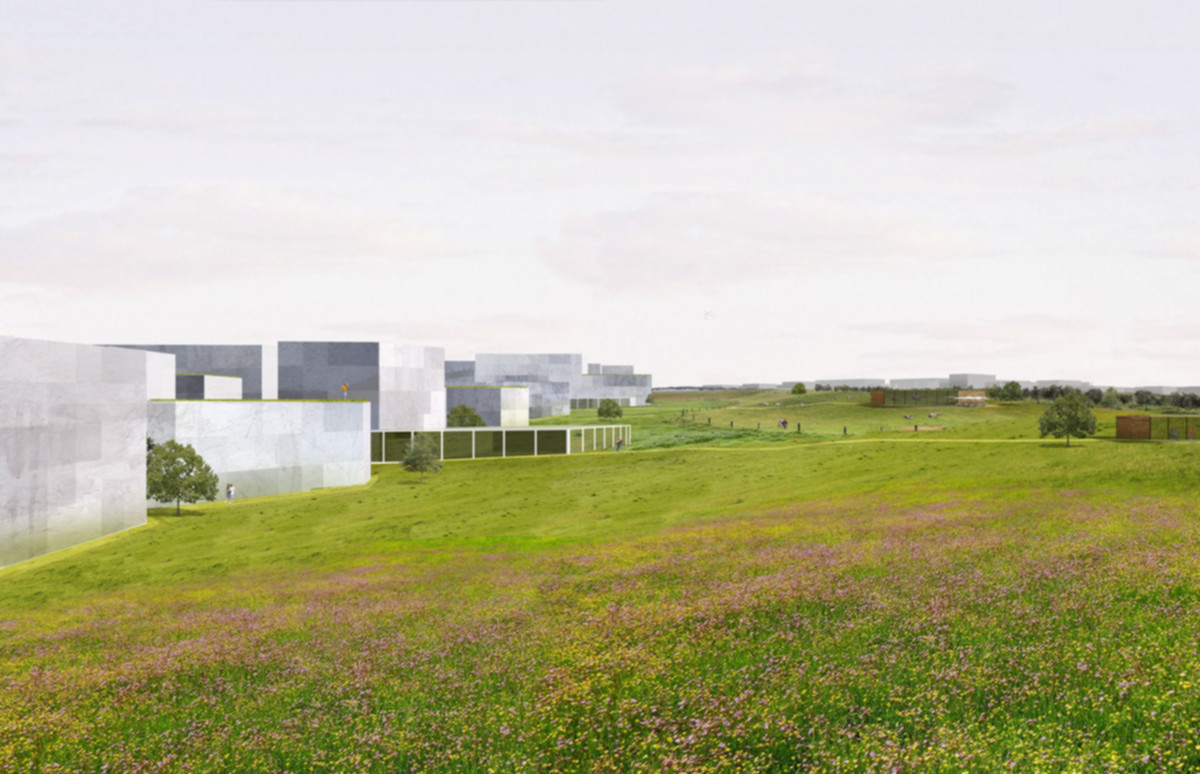 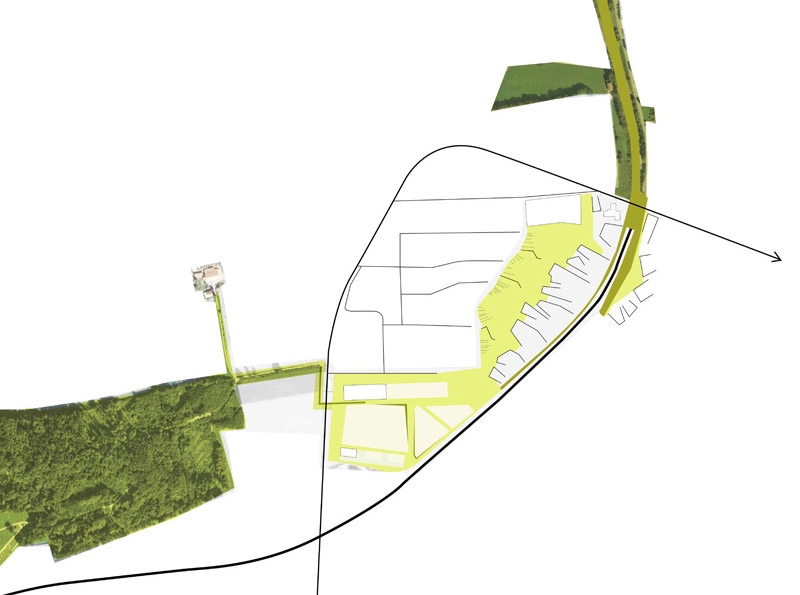 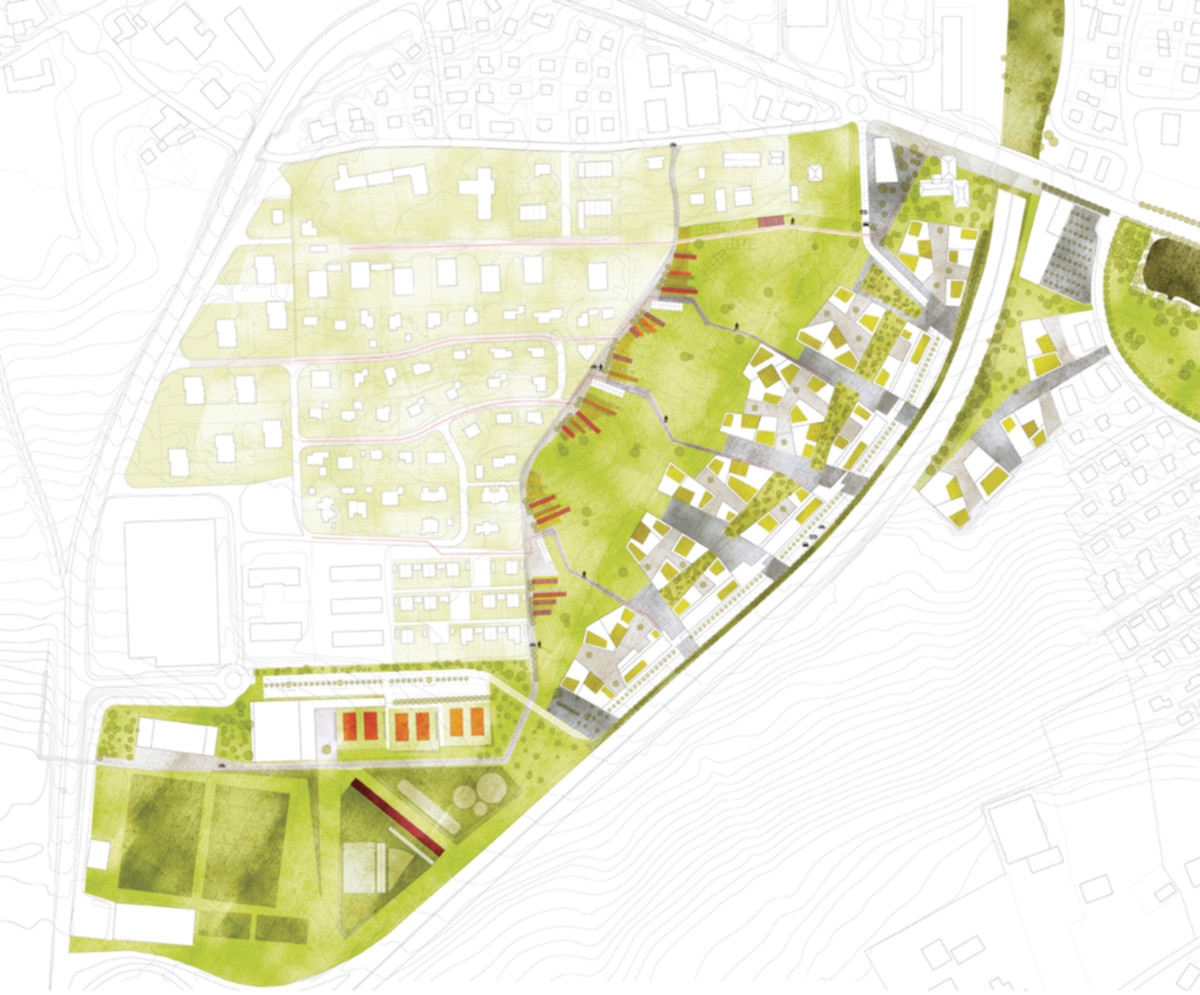 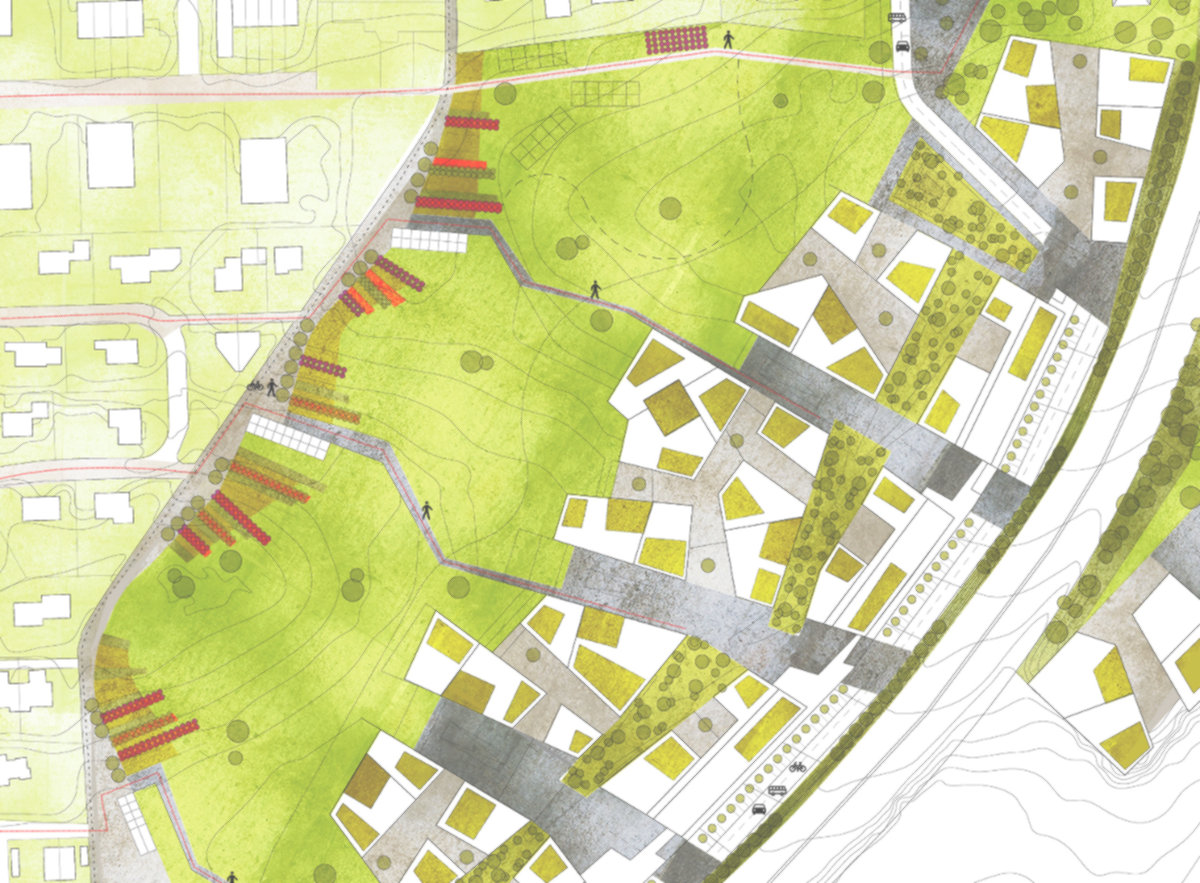 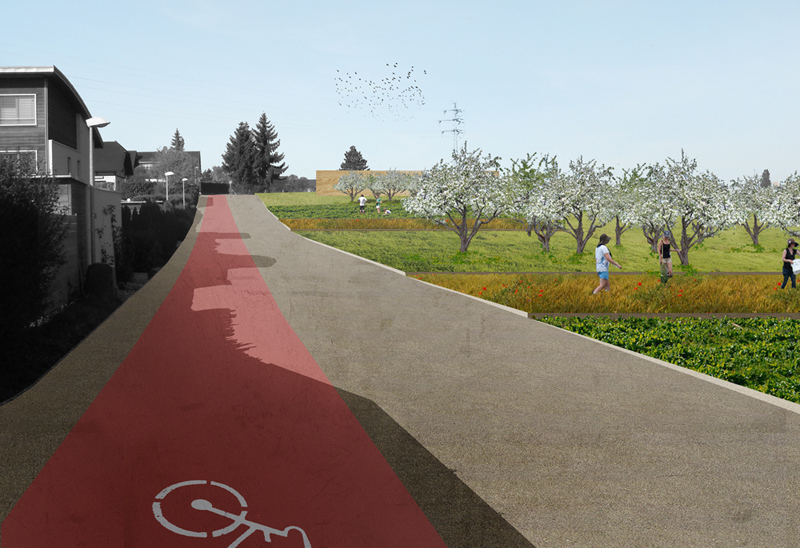 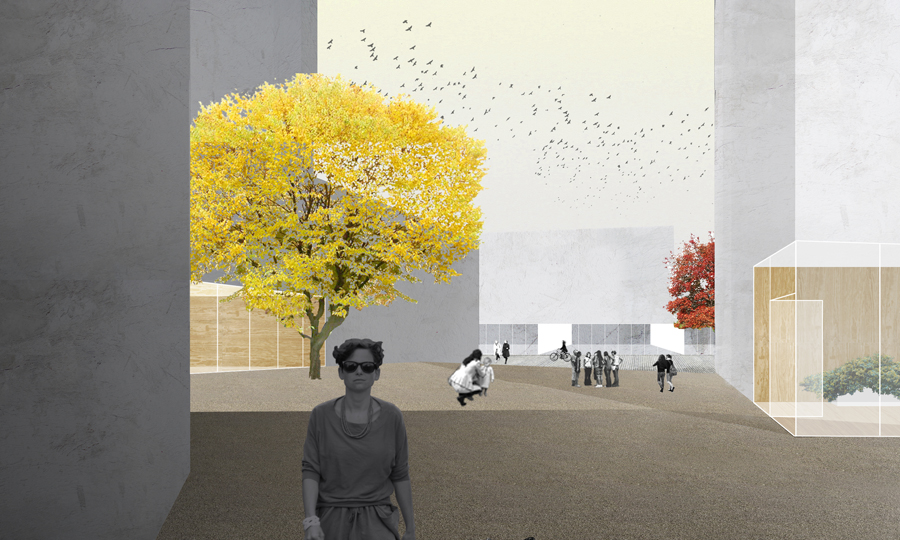 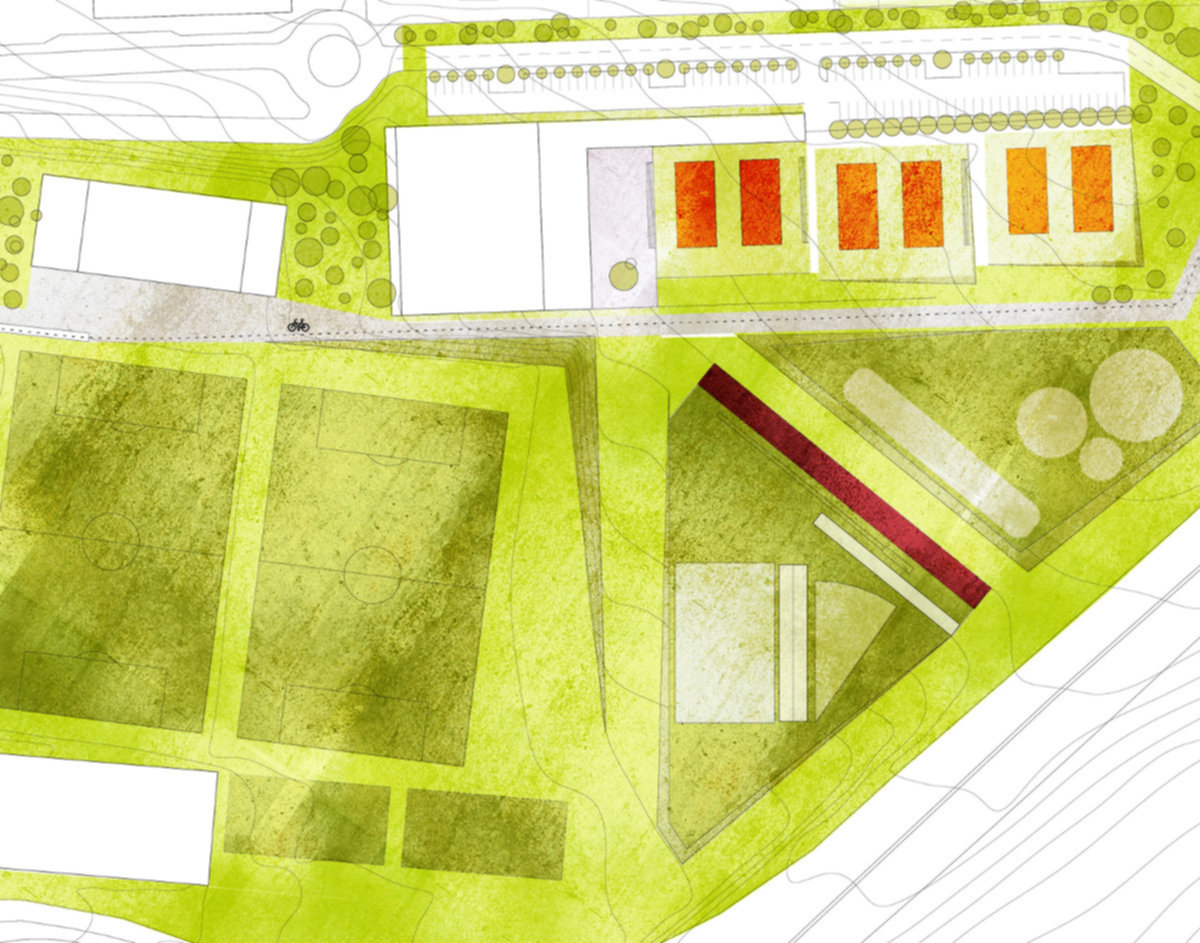