Sion city centre, in the Rhone Valley, has always turned its back to the river, as to avoid the constant threat of flooding. As a consequence, the river is currently perceived as the city periphery. However, the recently planned “third adjustment of the Rhone river bed” is currently a great chance to contrast this tendency and to discover the river: an important element of Sion urban identity. Coherently, our design strategy considers the river and its natural and artificial form as the relevant spatial structure of contemporary Sion, which is currently a large- scale, low-density urban system spreading all along the valley.

The project is, thus, based on two main interventions. First, we propose to create a linear park along the river banks, activating new relations between the existing settlements and the river. As a second step, we suggest transforming the under-used industrial sites between the city centre and the river in a denser, mixed-use urban fabric, well integrated into the new river’s park system. 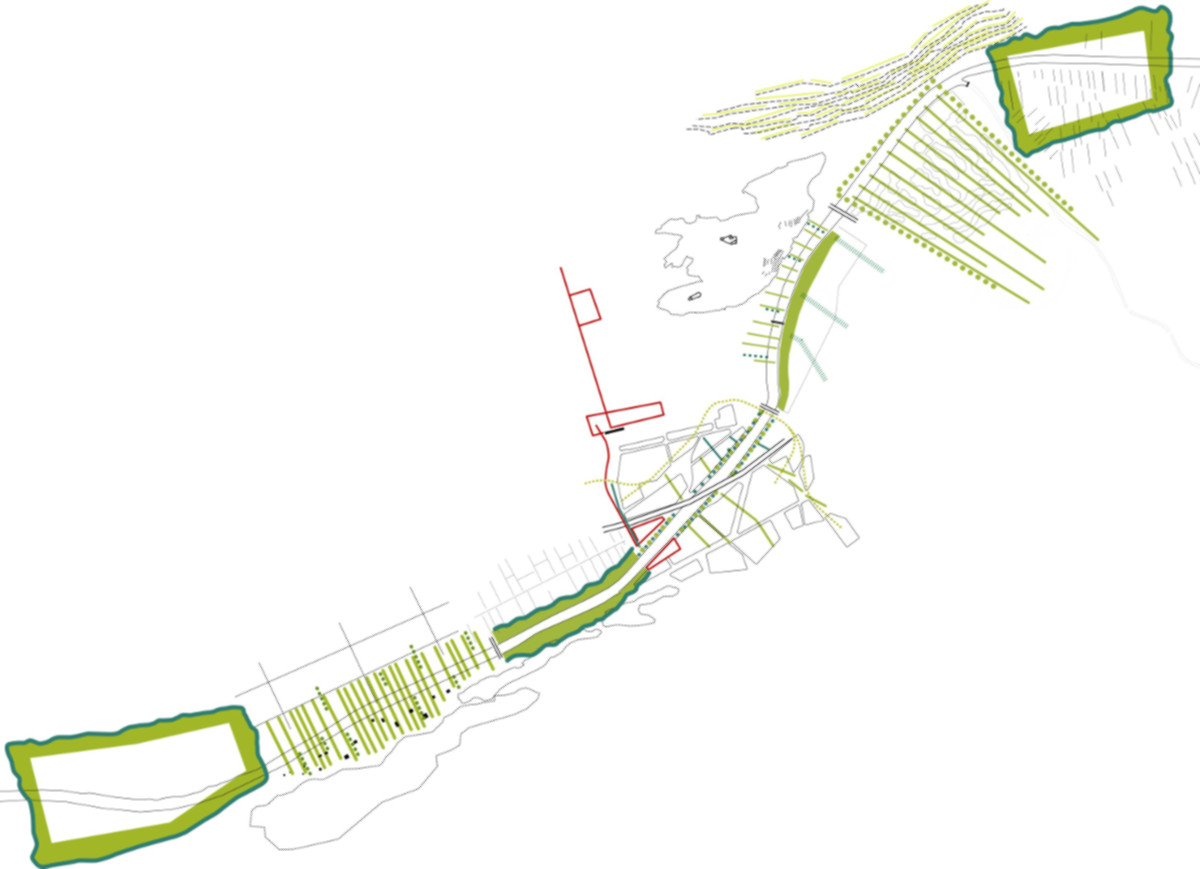 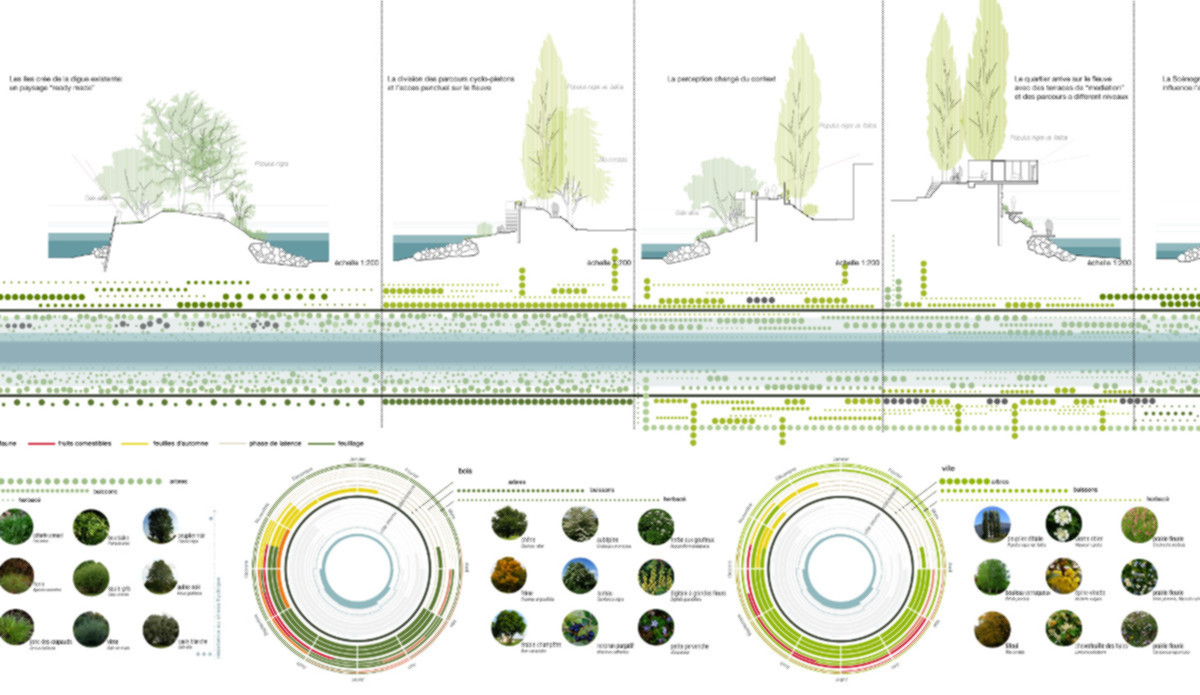 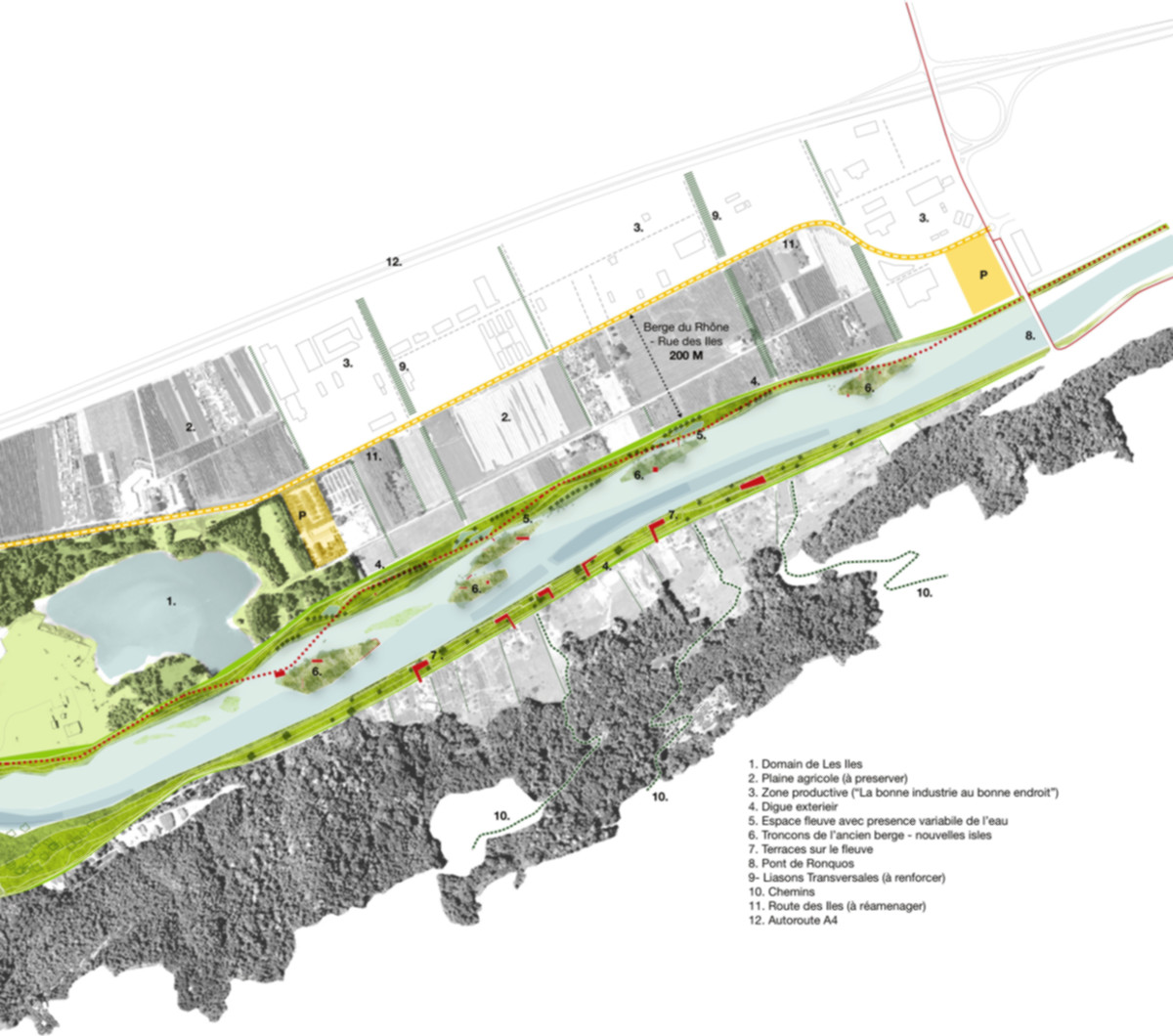 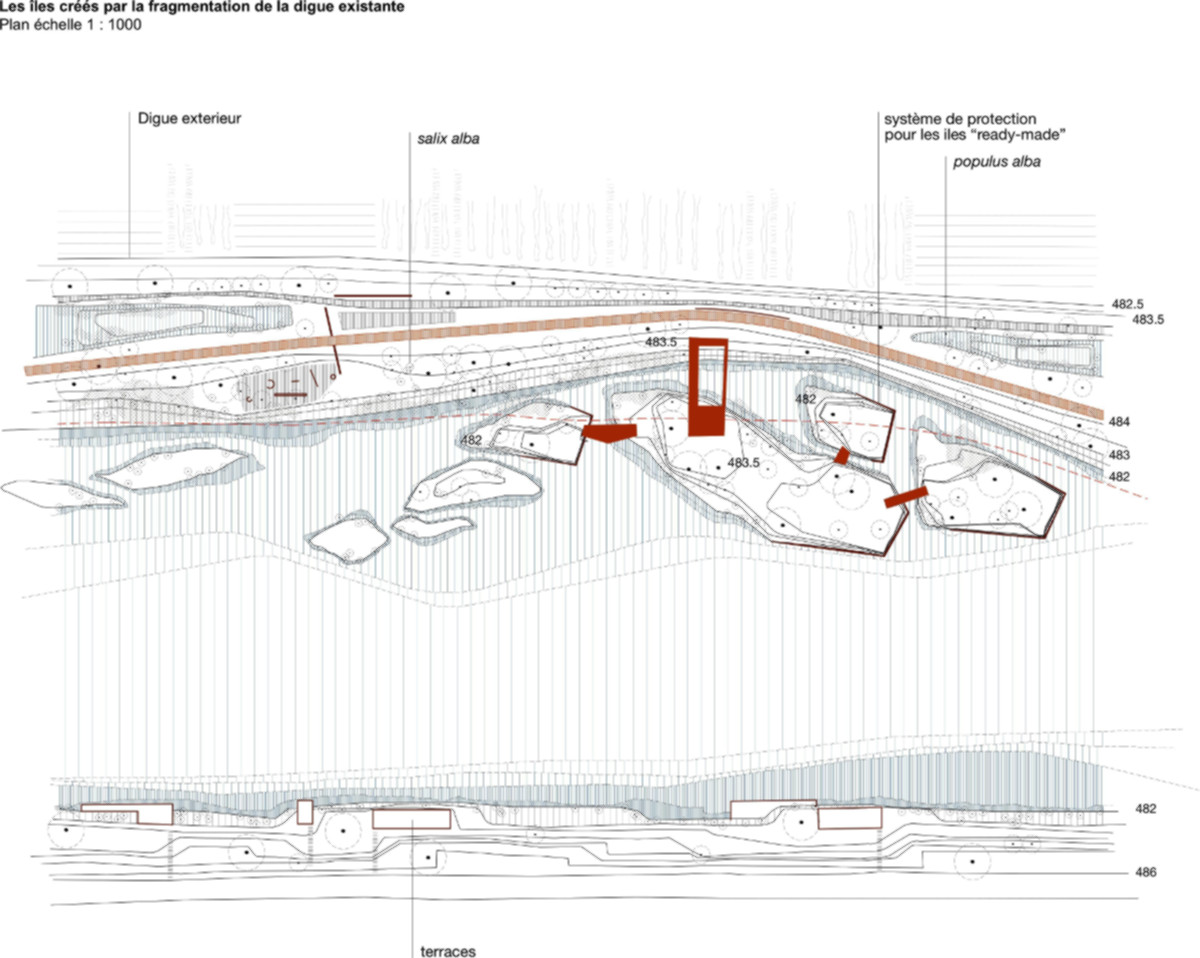 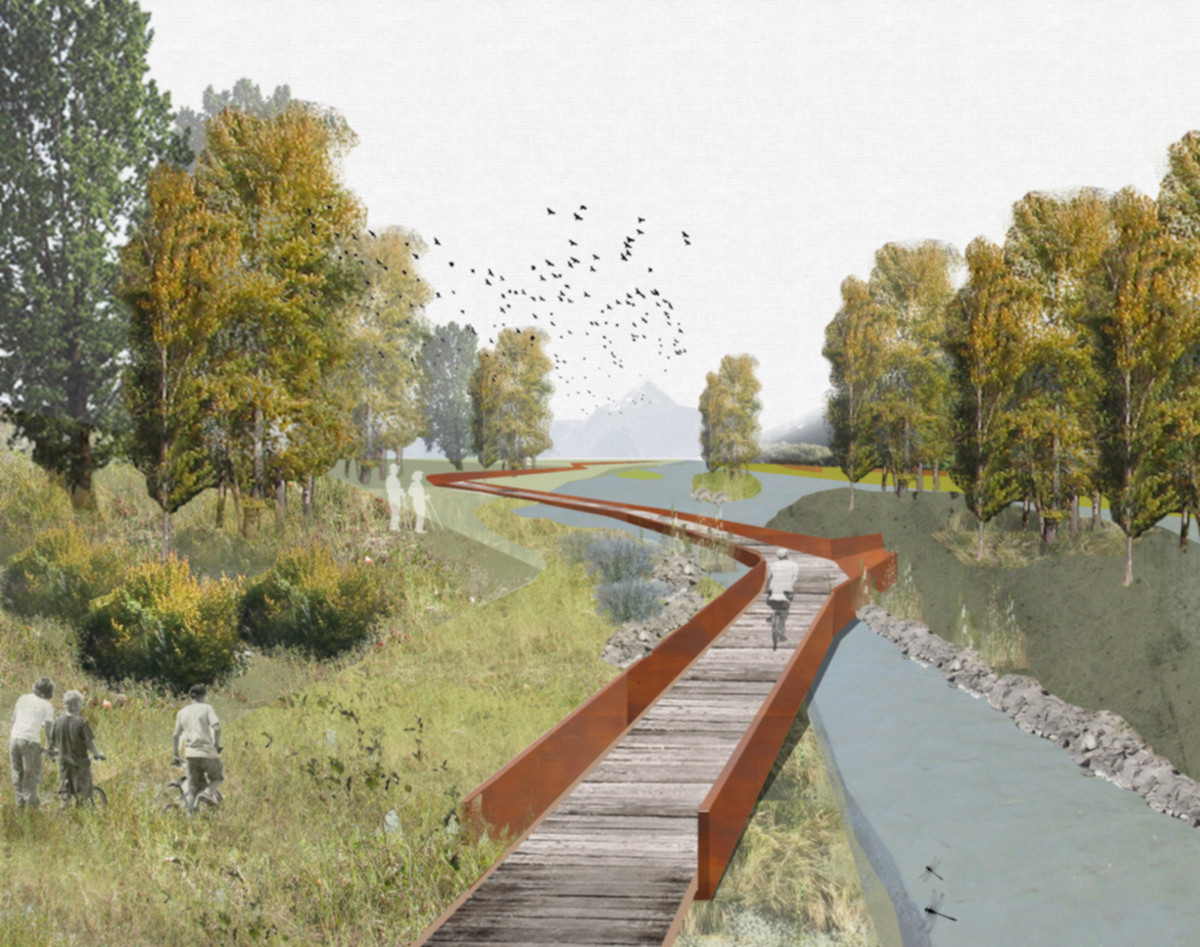