Pole Gare, in Lausanne, is characterized by clear and defined structure: an urban fabric whose main public spaces are oriented Est-West according to contour lines, adapting to the slope of the ground.

Designed by topography and parallel to the lake, the urban fabric play a relevant role in organizing public life at the scale of the city as well as the specific sector. The proposed overall strategy aims at clarifying the existing structure, reconfiguring sequences of longitudinal urban spaces, defining different roles for the south and north edge of the railway, weaving new links and relations between diverse city parts.

Place Gare, the central station main square, is situated at the centre of this system. Place Gare,

whose construction has challenged the slope since the railway arrival in the city, is essentially a plane accounting for three levels of continuity: continuity in the ground of the city, continuity of pedestrian paths and, finally, continuity, of the road. To realize these three levels of continuity we propose to free the space of the square fostering the perception of Place Gare as a unitary space. The square becomes a uniform plane hosting a huge portico. Underneath the portico the transfer “machine” is located (bus, CFF, Metrò), resulting in a simpler and more effective interchange space, particularly for pedestrians). 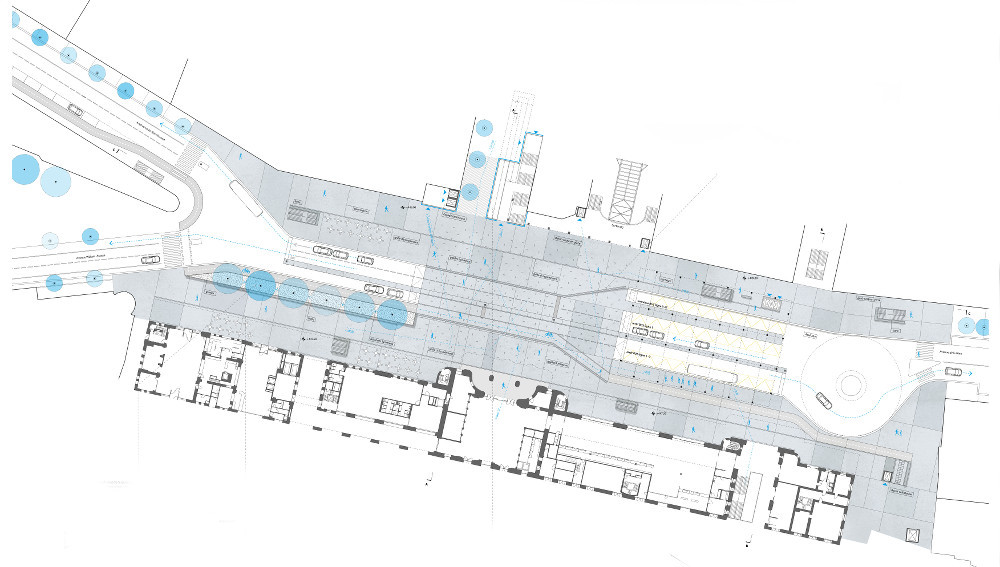 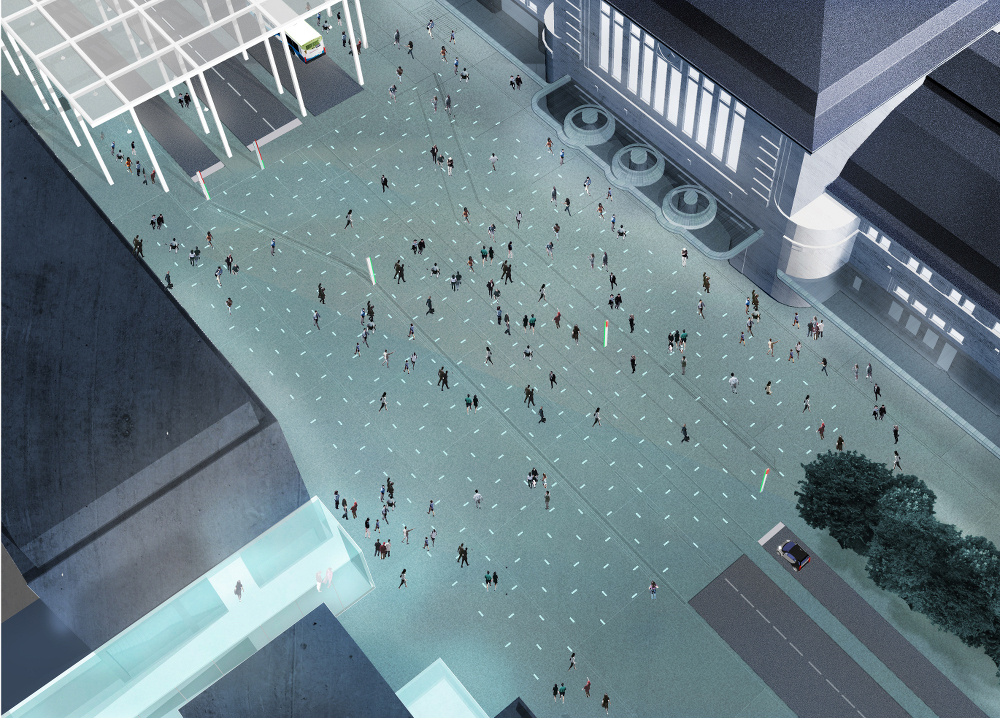 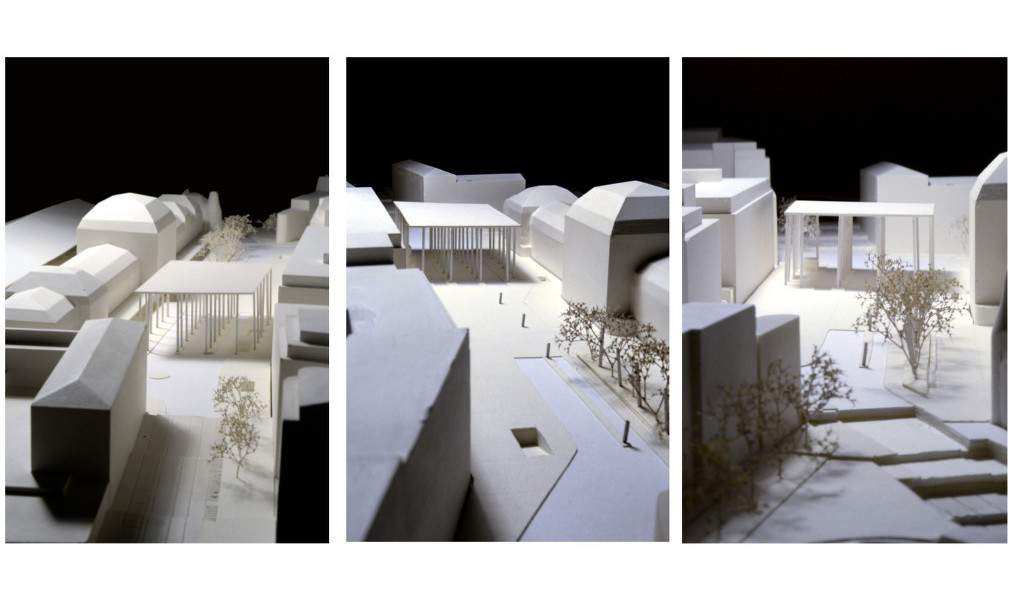 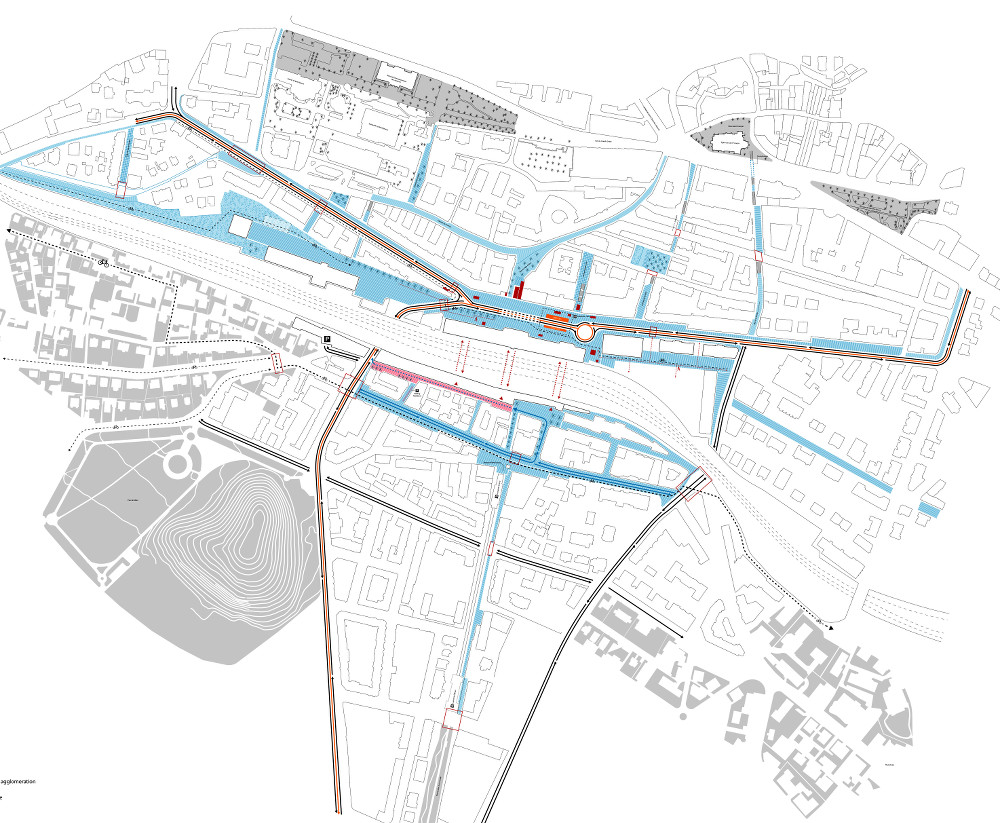